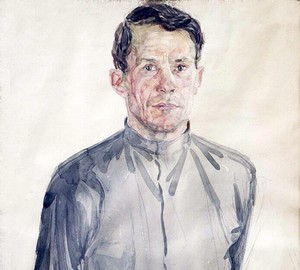 People’s Artist of the USSR, whose paintings are familiar to everyone by school textbooks, a talented painter Plastov Arkady Alexandrovich was born on January 31, 1893 in the village Prislonikha Simbirsk County. Arkady was the sixth child in a large peasant family. His father served as a churchwarden and wrote icons, as did his grandfather, whose project for the village church in Prislonikha was built. So the boy had two paths in front of him – church and painting. His parents saw in him only a priest, so after successfully completing the village school and religious school, in 1908 he entered the Theological Seminary in Simbirsk. That same summer, Arkady met a team of artists who had come to his native village to restore icons and paint churches. This work makes an indelible impression on him, the young man realizes that from now on he wants to do only painting. Continuing his studies at the seminary, Arkady often draws his classmates. His drawings attracted the attention of the artist D. I. Arkhangelsky, who taught the seminarians drawing, and he introduces the talented student to the work of acknowledged masters of Russian and world art. Realizing that he had no calling to be a clergyman, with the blessing of the rector in the spring of 1912, the young man leaves the fourth year and comes to Moscow. However, immediately entered the school of painting, sculpture and architecture, the young man was not able to, not enough training. Then he became a student of the famous painter I. Mashkova, and then begins to attend lectures at the Stroganov School as a volunteer. Two years later his wish comes true and he becomes a student of the cherished school, but only at the sculpture department. His teachers were famous painters A. M. Korin, A. M. Vasnetsov, sculptor S. M. Volnukhin. He did not manage to finish his studies – there comes 1917, in Russia, first the February and then the October Revolution. Plastov returns to his native Prislonikha, where he is allocated a plot of land. He has to plow and mow the grass. Rural labor for him is not a novelty, in addition, the literate young man is elected secretary of the village council. In 1925, he goes to Moscow for the winter, where he draws posters, and the rest of the time working on the land. A few years later the artist takes an active part in the creation of the collective farm and works there for several years. All his free time, which he had very little of, he gives to drawing. The young man has big plans, he creates a lot of sketches, drawings, portraits of fellow villagers. After a fire in 1931 killed all of his work, Arkady makes an important decision for himself – from now on he will only engage in painting. Already in 1935, his paintings for the first time successfully take part in the Moscow exhibition. Since then, the painter is a constant participant of art exhibitions, to him comes all-Union fame. The master manages to convey very realistically and colorfully the daily concerns of collective farmers, their work and holidays, because he knows the rural life very well. The Great Patriotic War overturns all the painter’s plans. Under the impression of what is happening, he writes a series of very dramatic paintings known to many (“The Germans are coming (“Sunflowers”)”, “The Fascist flew away”). And after the victory the master seeks to fill his paintings with joy and optimism, and “Haymaking” and “Harvest” bring him the Stalin Prize in 1946. In 1947, A.A. Plastov became a full member of the Academy of Arts of the USSR. The talent of the painter is also evident in the landscapes, very lyrical and poetic: “Field of Wheat,” “After the Rains,” “Golden Glade. He manages to convey all the beauty of nature of his native places. Portraits are another favorite subject. The painter painted several hundreds of them, trying to show the character and inner world of people. And how many images of rural boys – mischievous and thoughtful, working and resting (“Vitya podpasok”, “Children on a walk”) delight us to this day. The artist participates in many exhibitions, with great success are and solo exhibitions. Images of rural life (“Collective-farm toque,” “Dinner of tractor drivers”, “Spring”) cause genuine interest and attract the attention of the audience. His paintings, filled with warmth and light, bright colors, easily recognizable. And for each picture Plastov created dozens of sketches and sketches, looking for expressive poses and faces, views of nature, so that everything looked very real. In 1966, the painter was awarded the Lenin Prize. With great tenderness and love the artist writes mothers, causing in the audience a feeling of warmth and happiness (“Sunshine”, “Mom”). We can also admire the beautiful illustrations by Arkady Alexandrovich to the works of Leo Tolstoy, Alexander Pushkin, N. Nekrasov. All his life by the side of the artist was his wife, Natalia von Wick, with whom he was married in 1925. In 1930, their family had a son, Nikolai, who also became an artist. He died in 1972, on May 12. In 1988, in the homeland of the painter opened a museum. His paintings we can admire in many museums in Russia.

Going To The Polls 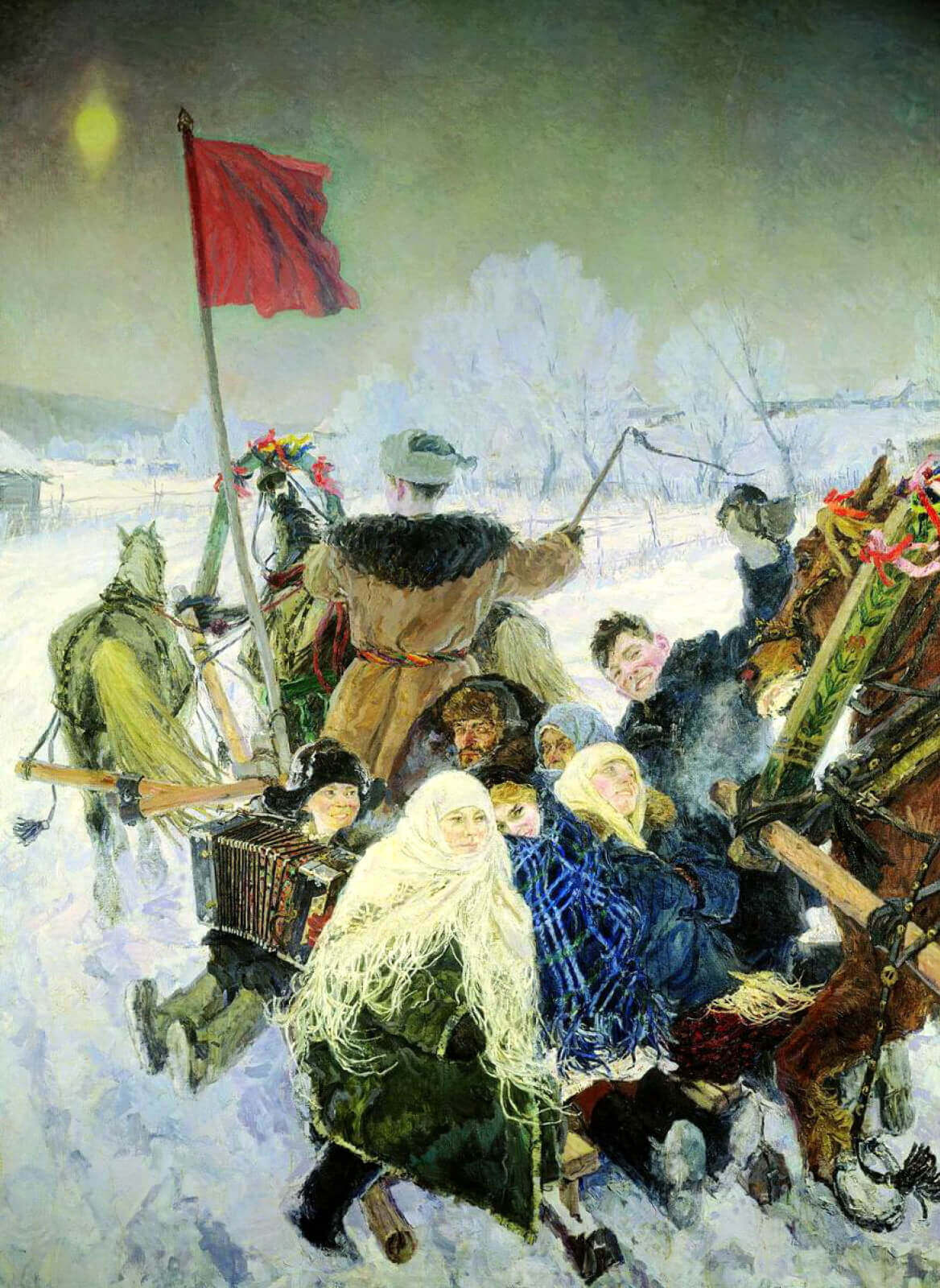 The Fascist Flew Over 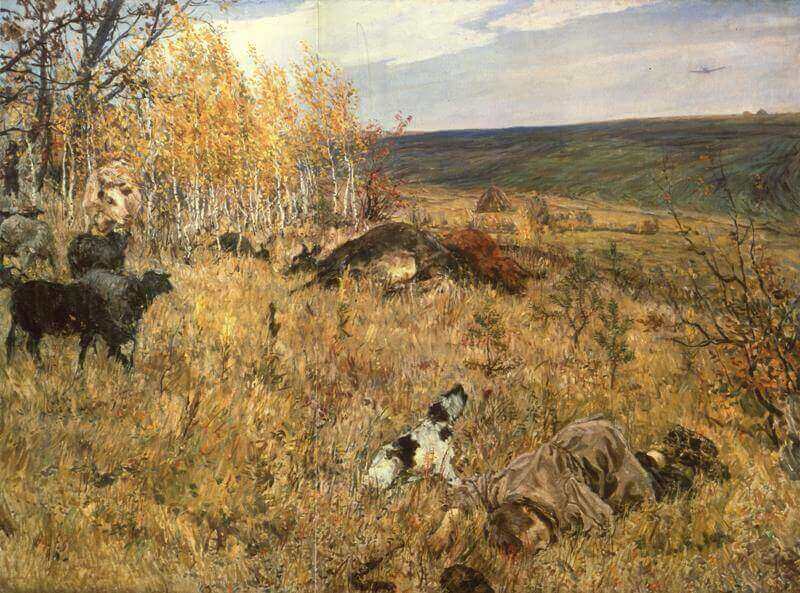 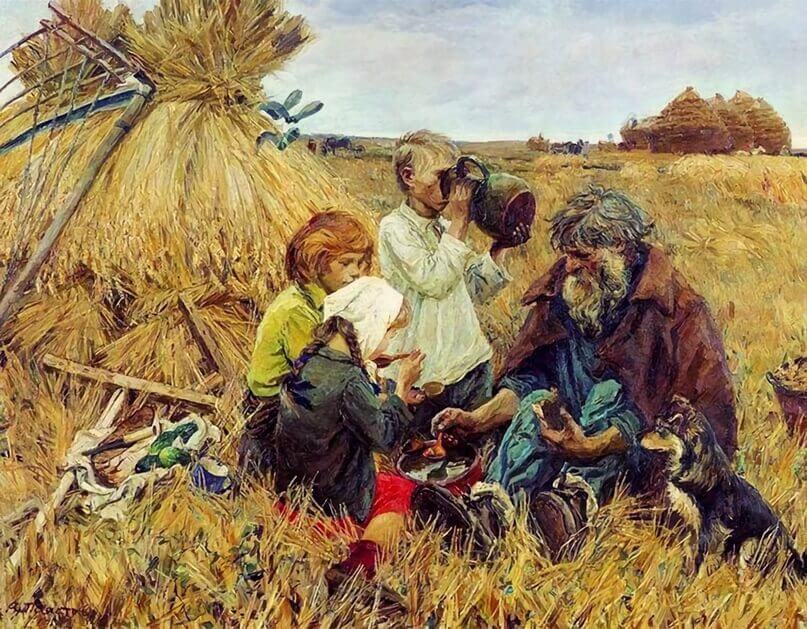 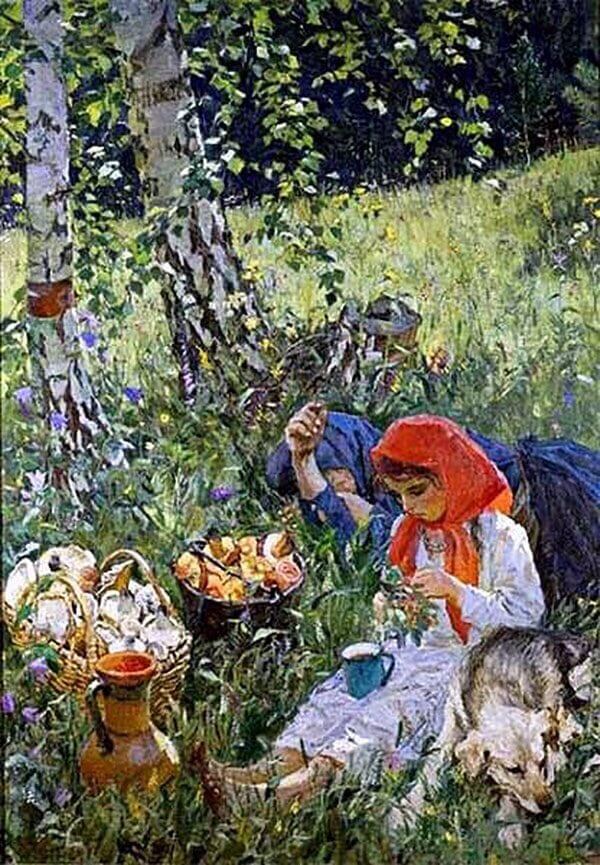 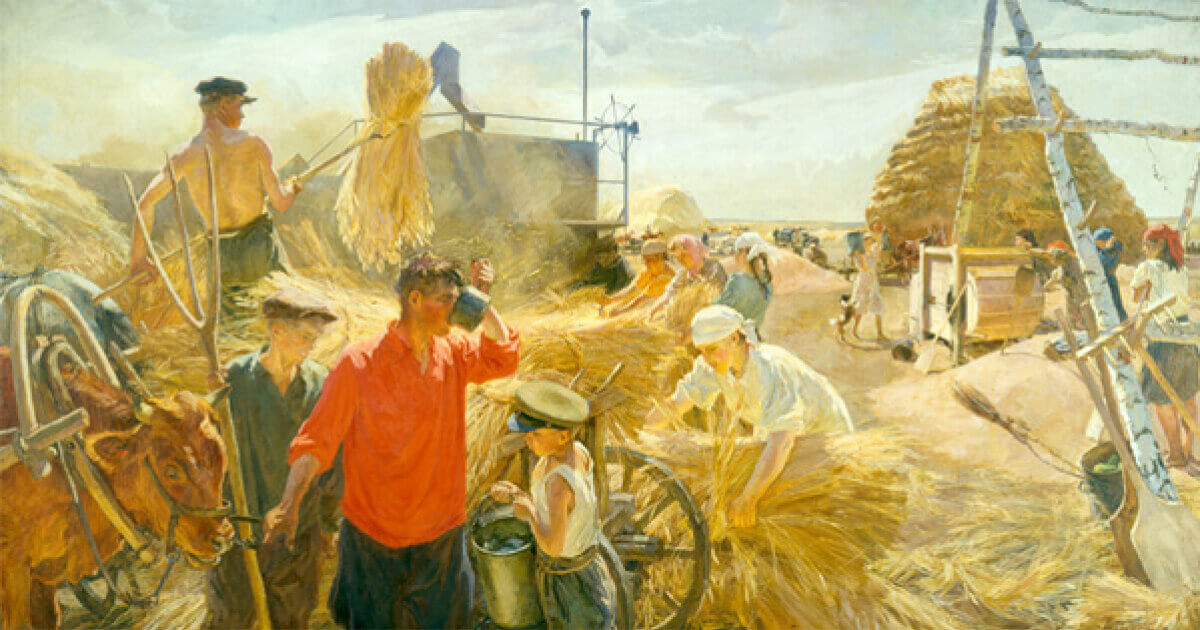 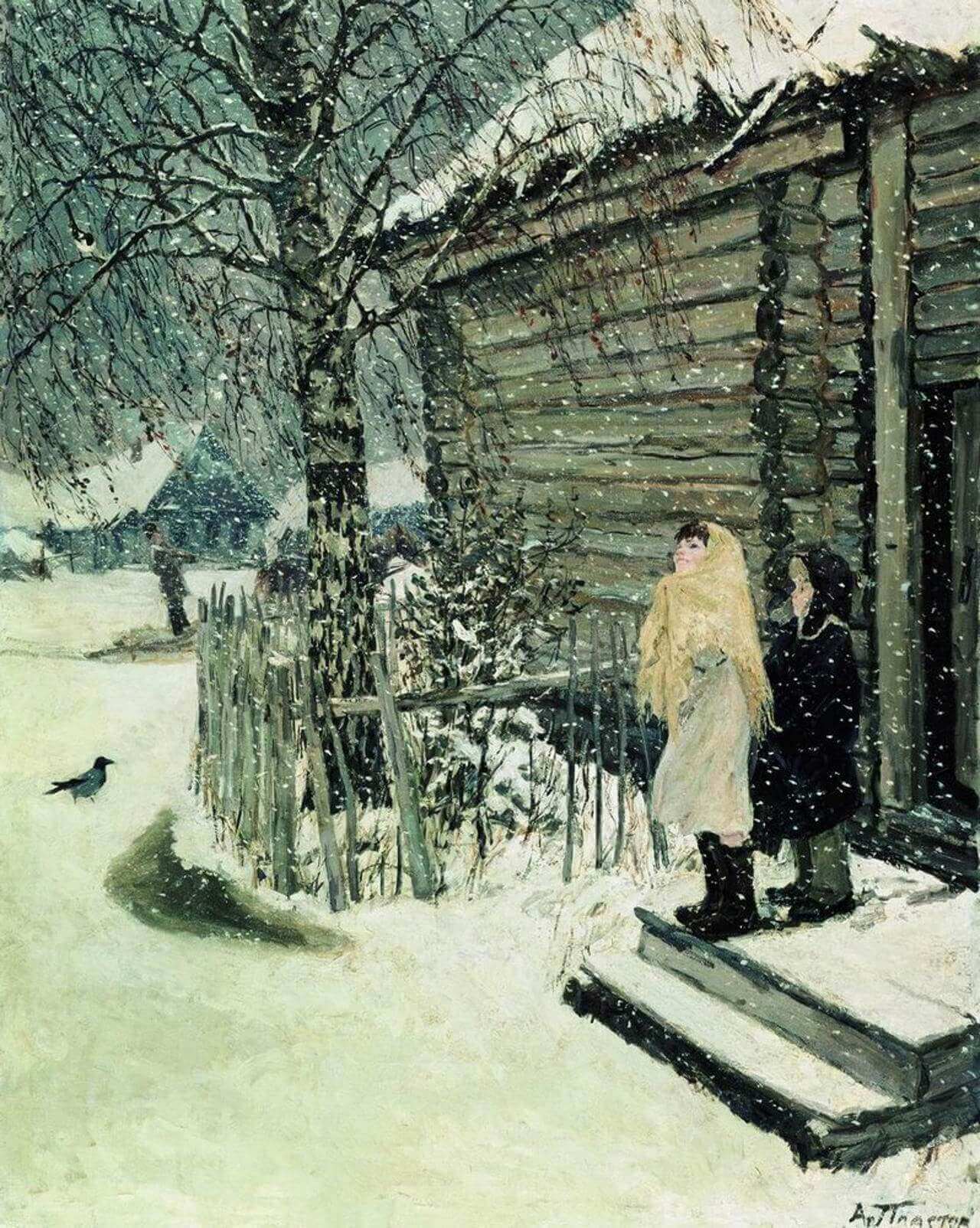 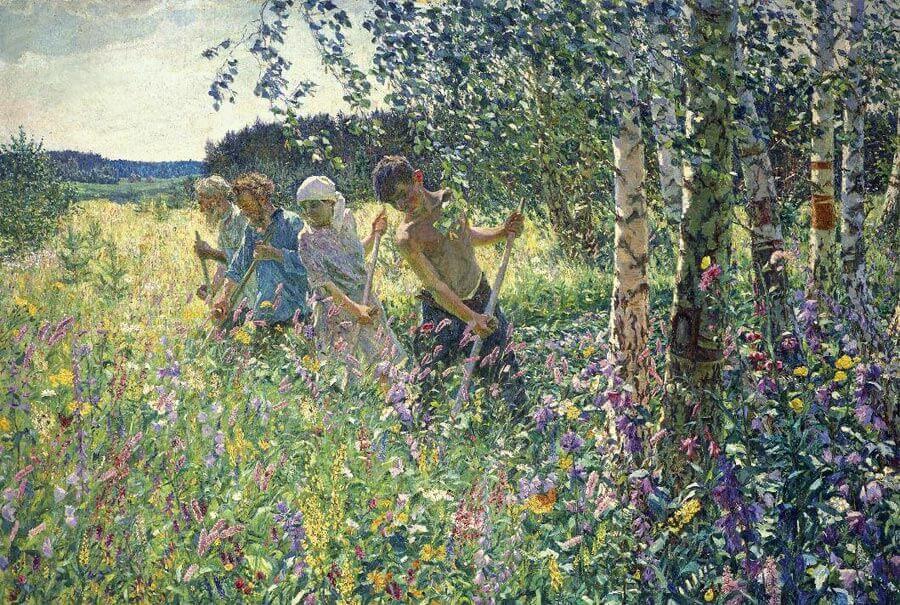 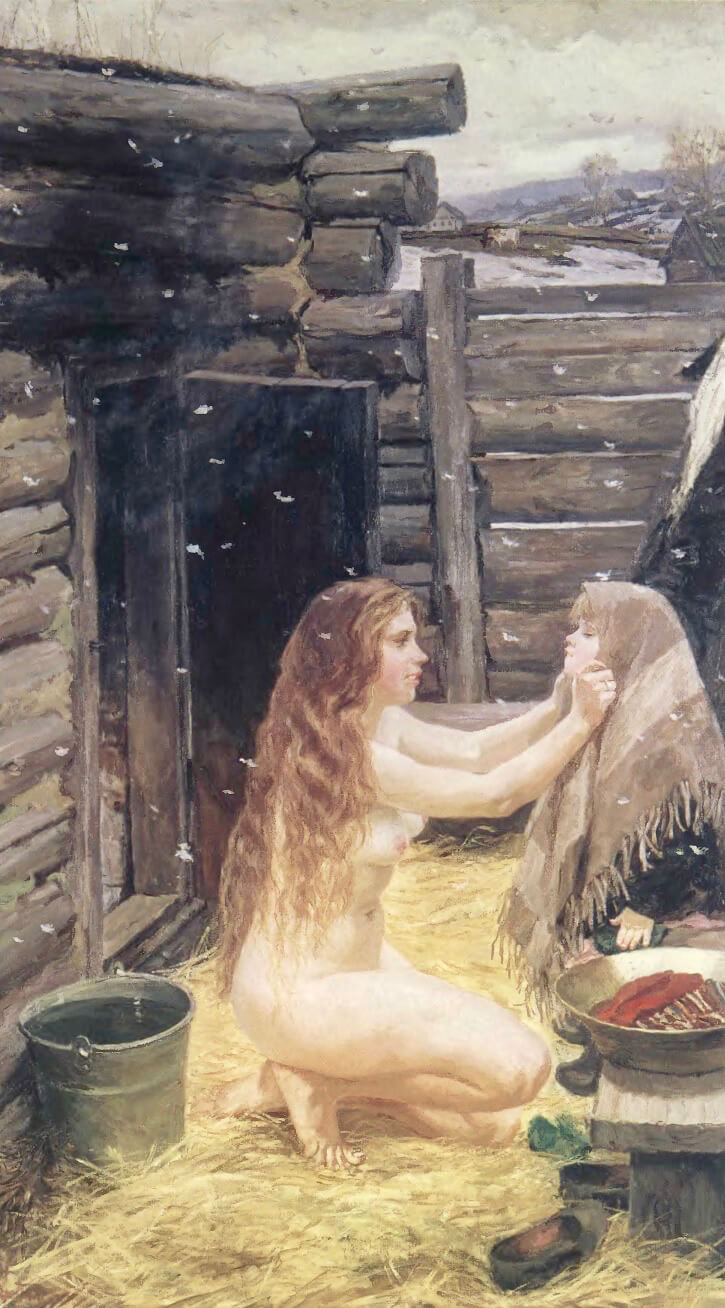