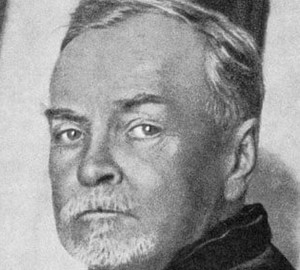 Arkady Alexandrovich Rylov was born on January 29, 1870. His family was not wealthy and lived in the Istobensky village of Kirov region. His father, though he had no artistic education, was a keen painter in pencil and watercolor. Unfortunately, the boy did not see this positive example for long: when he was 6 years old, his father was placed in a hospital for the mentally ill, where he soon died. His mother’s new husband, by happy coincidence, was also fond of drawing and encouraged his stepson’s endeavours in every possible way. Despite the fears of his relatives, Arkady did not pass on the mental illness, and the only point in which he grieved his loved ones was his unsatisfactory schooling. The boy was expelled from gymnasium and placed in a real school, where he continued to study just as poorly. But there was one subject where the young Rylov showed brilliant abilities – drawing. Convinced of his giftedness, his stepfather took Arkady to St. Petersburg in 1888, where he enrolled in the drawing school of Baron von Stieglitz. Rylov begins to successfully study painting, entering the class of Konstantin Yakovlevich Kryzhitsky, and in 1893 he passed the exam at the Academy of Fine Arts. A longtime dream comes true: Arkhip Ivanovich Kuindzhi admits him to his studio. The famous painter becomes an unquestionable authority for Arkady forever, and soon the master with his students undertook a trip to Crimea, where Rylov painted “Crimea. The Stones” and “The Rock of Uzun-Tash” (both dated 1985). Two years later Arkady Alexandrovich graduated from the Academy, having received the title of artist and presented the work “Raided by evil Tartars”. In 1898, Rylov had his first commercial success: the patron of the arts Pavel Mikhailovich Tretyakov liked his painting “Burning Fire,” and with his light hand the artist won recognition. In 1902 his work “From the Banks of Vyatka” was awarded the gold medal at the Viennese Secession, and because of this Rylov also won the jury at the Paris Salon. Despite foreign recognition, the artist remains in Russia and prefers to paint his native landscapes. Coming to teach in the Society for the Encouragement of Arts, he began to lead the drawing class of animals, which the director opened especially for Rylov. His works: “Seagulls. Sunset”, “Swans over the Kama”, “Field Rowan” – confirm the artist’s reverence for nature and his desire to limit himself to northern landscapes. In addition to Russian views, Rylov often painted Finland, which differs very little in artistic images from St. Petersburg. The political unrest brought a new twist to his subjects: the agenda demanded realism. Therefore, in the thirties, Arkady Alexandrovich painted portraits of Vladimir Lenin, as well as agricultural machinery. The artist’s skill did not fail, and the new government looked favorably upon his work. In 1934, a personal exhibition was arranged, where the painting “Lenin in Razliv” was shown, which became one of the key works of the artist, and the next year he was awarded the title of Honored Worker of Arts. Arkady Rylov died in Leningrad in 1939, leaving no heirs. His family were his nephews, whom he taught to draw. He left behind a studio with wild animals that he had hunted down, which once again confirmed the artist’s sincerity in his love of nature. 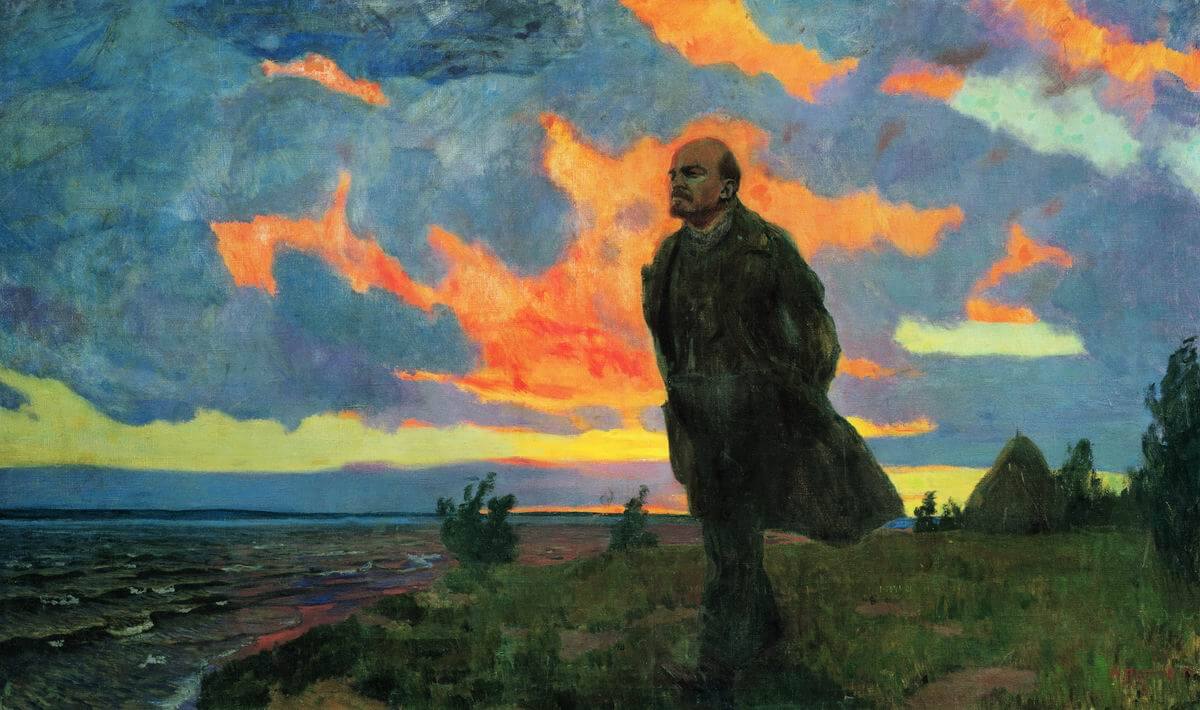 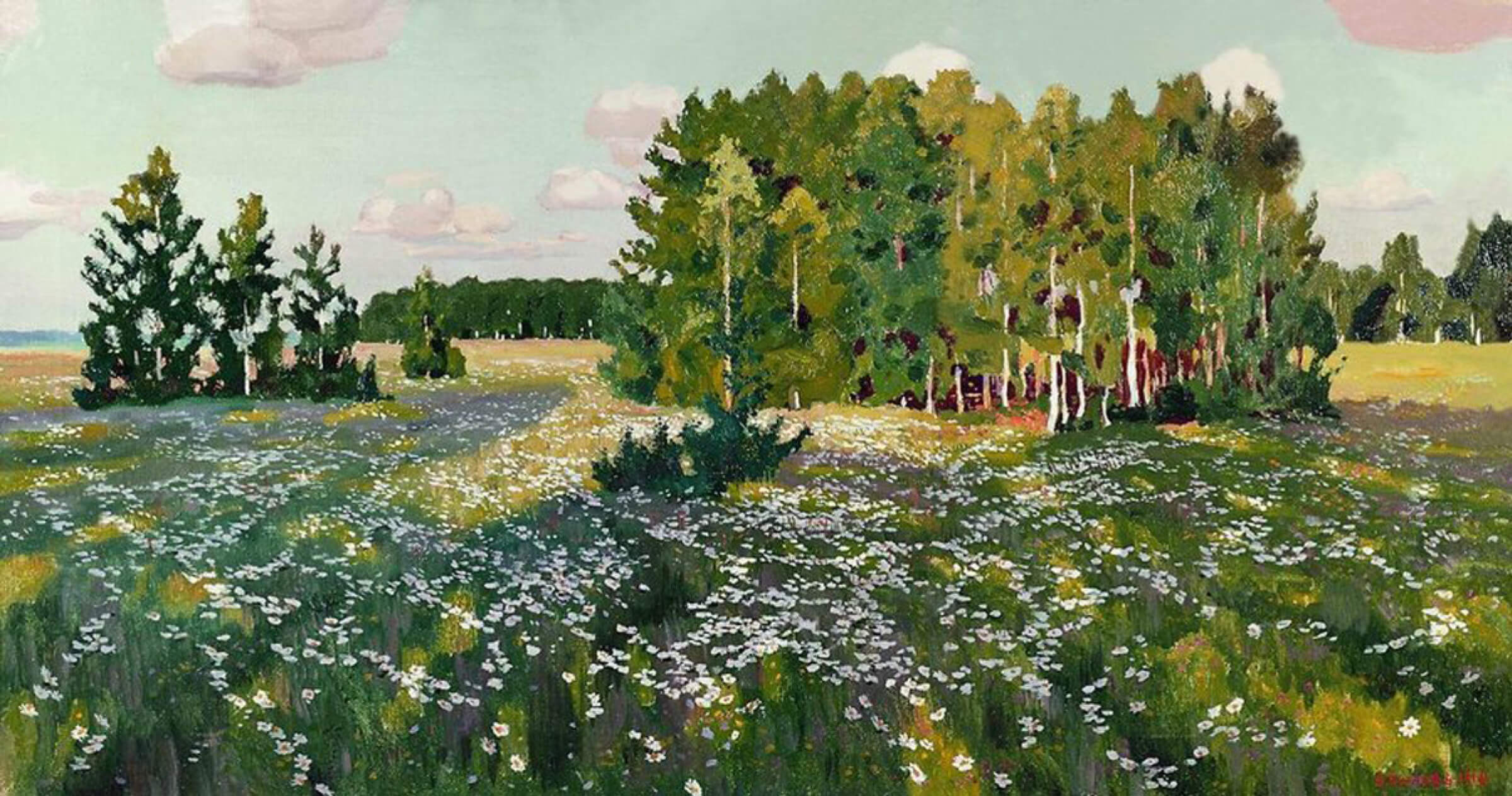 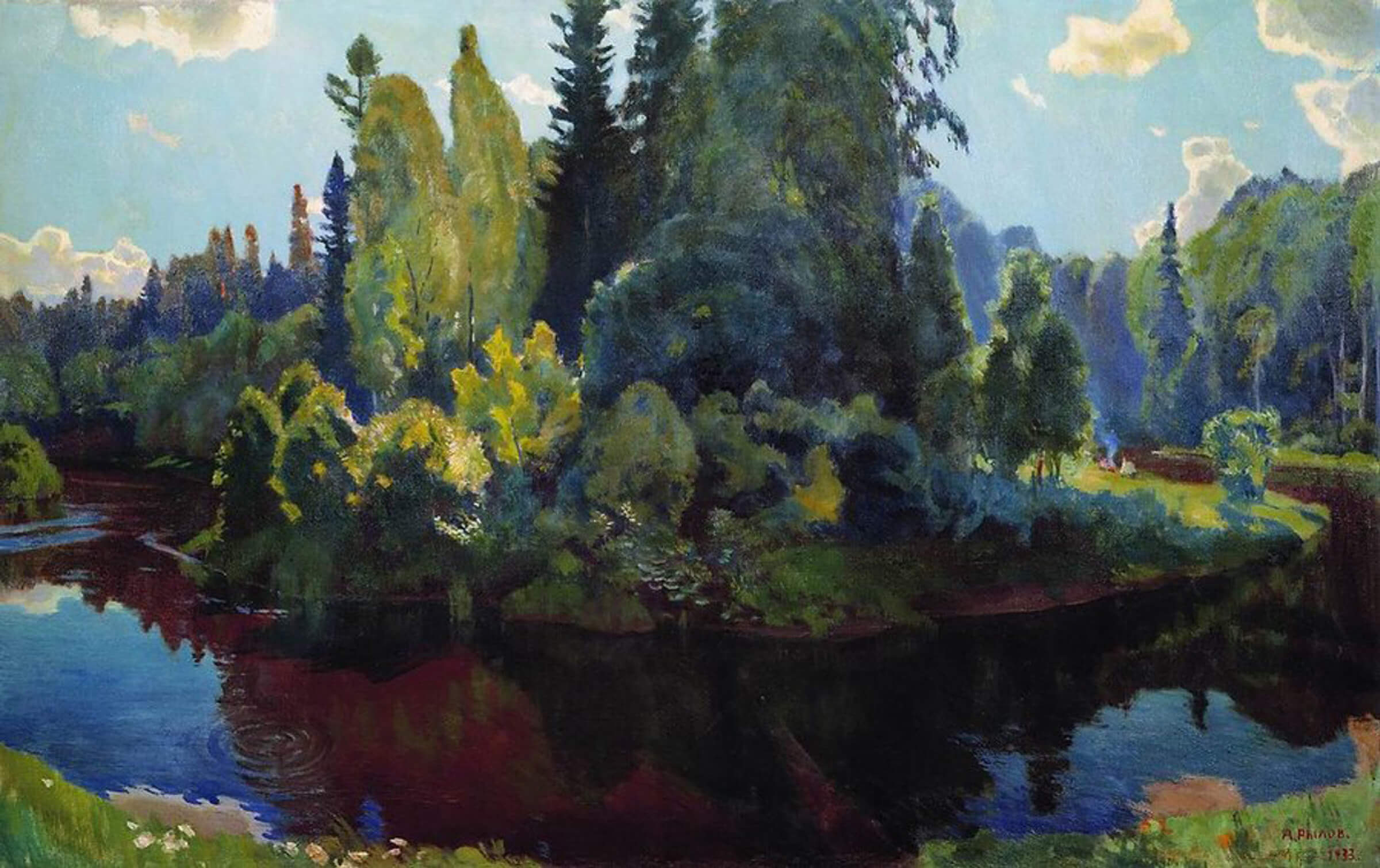 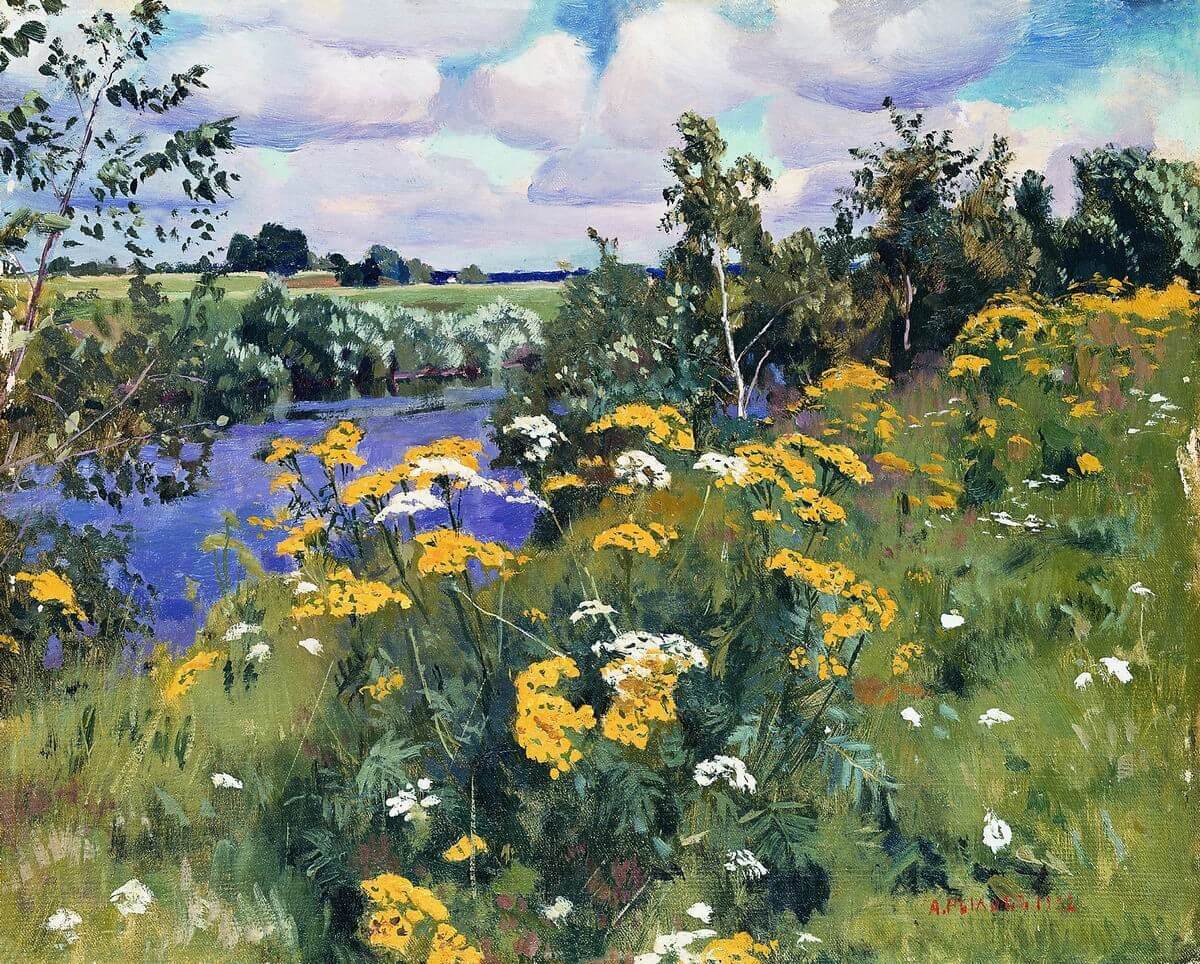 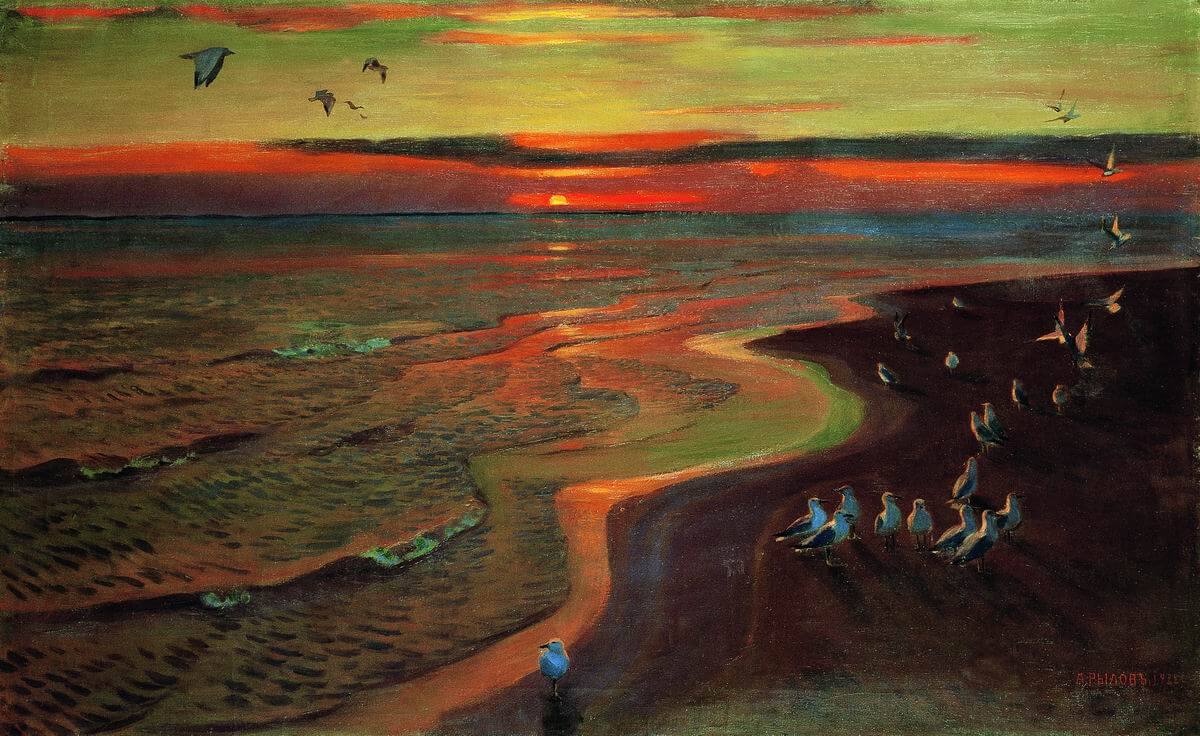 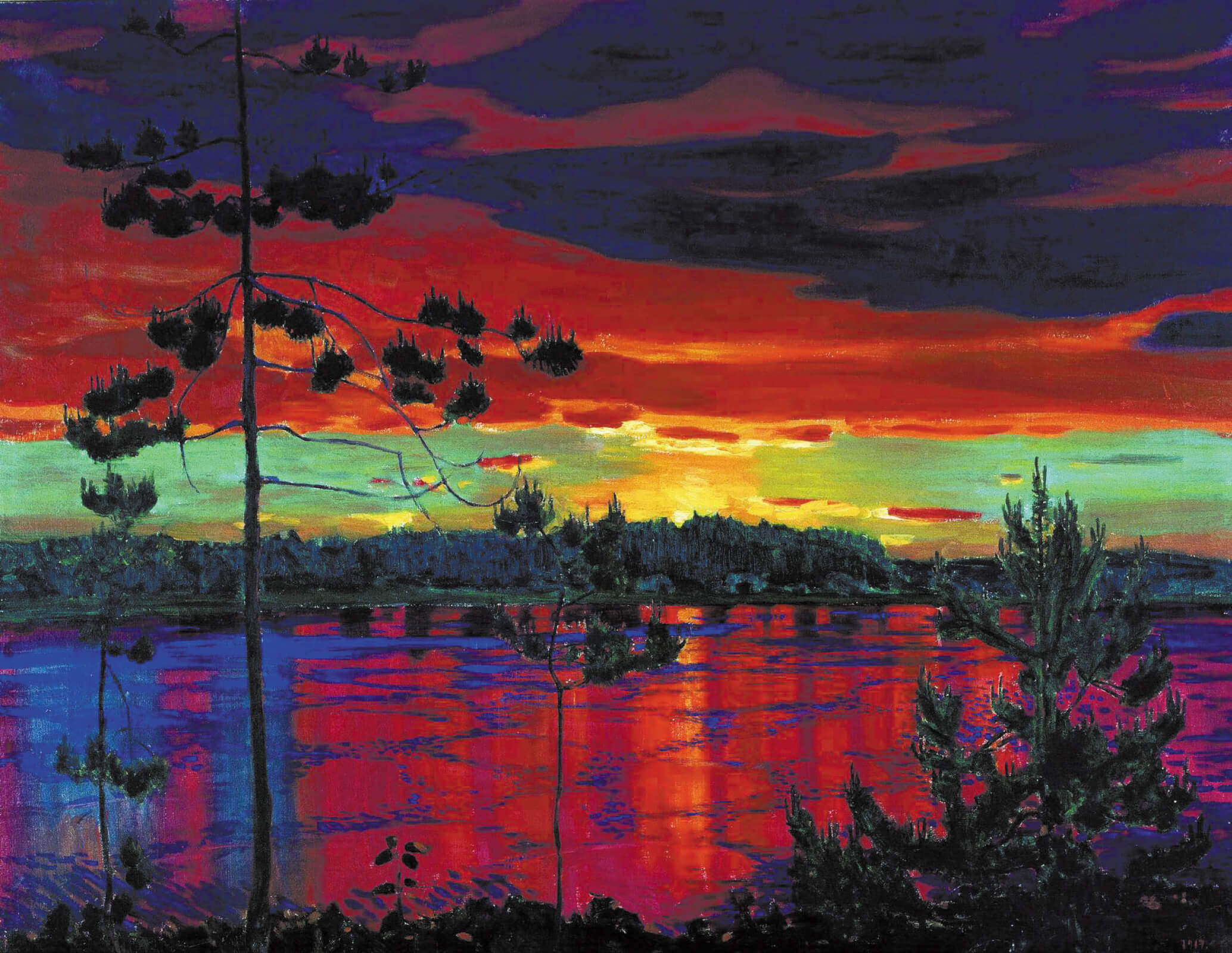 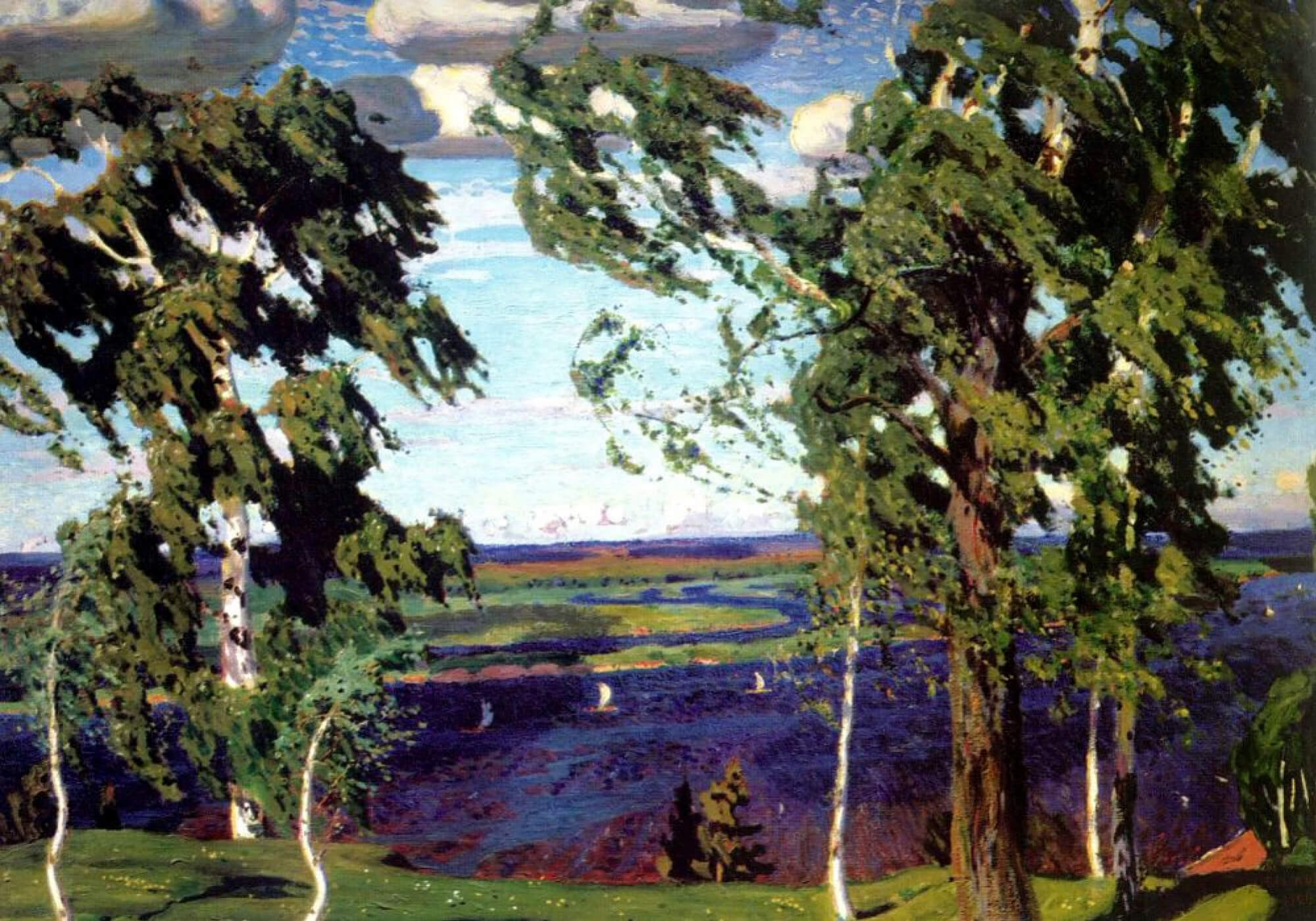