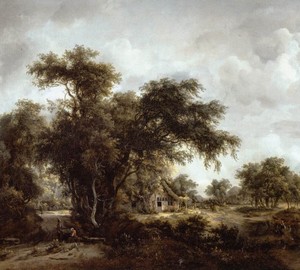 Meindert Hobbema was one of the greatest Dutch landscape painters who lived during the golden age of Dutch painting. The artist was born in Amsterdam on October 31, 1638 in the family of a carpenter. In the mid 1660s he became a pupil of another Dutch genius of painting, Jacob van Rijsdal, but he studied with him only a year. Nevertheless, for a long time the artists maintained a friendly relationship and traveled together. Meindert’s first dated paintings date back to 1658. Until that time, perhaps, he signed the work with the name of his famous teacher – the paintings of the famous painter sold faster and more expensive. It is worth noting, however, that Hobbema’s style was very different from that of van Ruysdal and other landscape painters. His paintings lacked naive romanticism and pompous tragedy – the artist more often depicted cozy country houses and the daily life of ordinary people, while using warm soft shades. Most often, he depicted trees, lakes and houses. The canvases were called simply, without reference to any place: “Forest Landscape”, “Mill”, “Travelers”. Such fixation on the same subjects was the norm in Dutch painting at that time, but even then the focus of Hobbema’s work looked unusual. In 1668 Hobbema married Eltje Wink, a maid of the Amsterdam burgomaster Lambert Rijnst. Jacob van Rijsdal, a friend and mentor of the artist, witnessed the wedding. Subsequently, the couple had five children. Acquaintance with a representative of the authorities allowed Hobbema the same year to get a job as a wine inspector. Receiving no income from his paintings, he was forced to hold this position for life. Hobbema’s activities as a landscape painter almost ceased after he began, but his best canvases – “Alley in Middelharnis” and “Ruins of Brederode Castle” – were painted in 1689 and 1671, respectively. This may be due to the fact that the artist previously earned only on the sale of their paintings, so did not allow themselves to experiment and write urban landscapes, and with the receipt of a stable (albeit small) income he was able to occasionally give himself the freedom to choose the theme for a new canvas. The last years of his life the painter lived in poverty, finally abandoning creativity and giving all efforts to official work. Meindert Hobbema died December 7, 1709 at the age of 71 years, and five years before that the artist’s wife died. He is buried in the Westerkerke Cemetery in Amsterdam. During his lifetime the artist was not popular – his contemporaries, biographers of the Golden Age, hardly mention Hobbema in their works. It was only after his death that fame came to him, and prices for his paintings rose sharply. But even now Hobbema is not the most popular landscape painter, very little is known about his life, and some critics consider his work dull and banal. The painter’s work has become a symbol of the end of the development of landscape painting of the golden age in Holland. 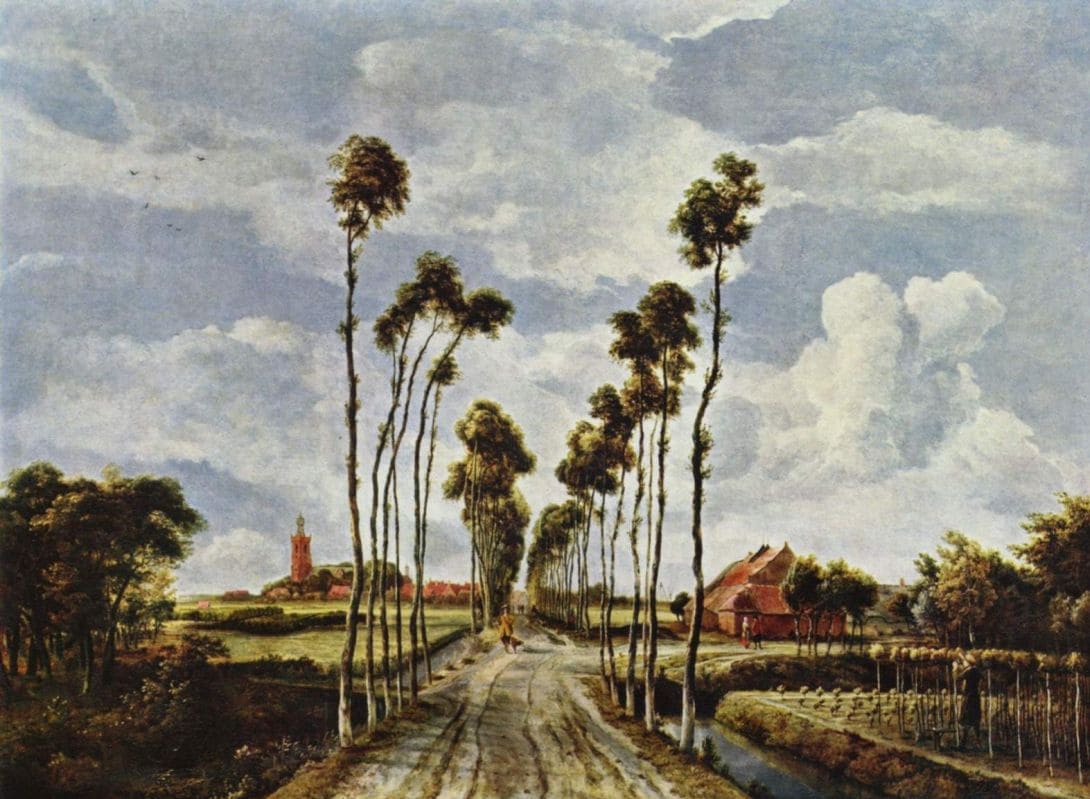 A Road In The Woods 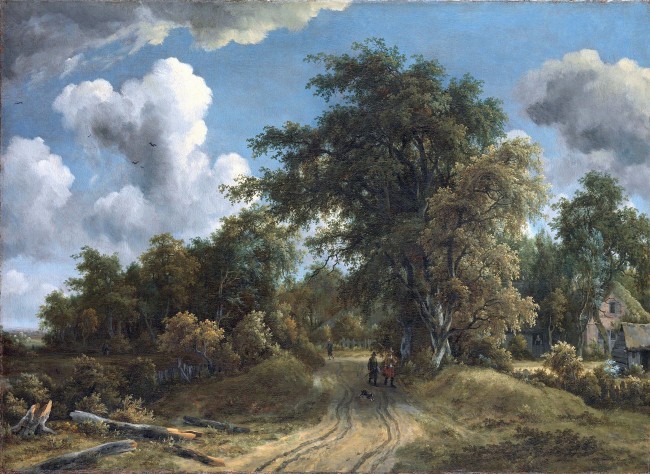 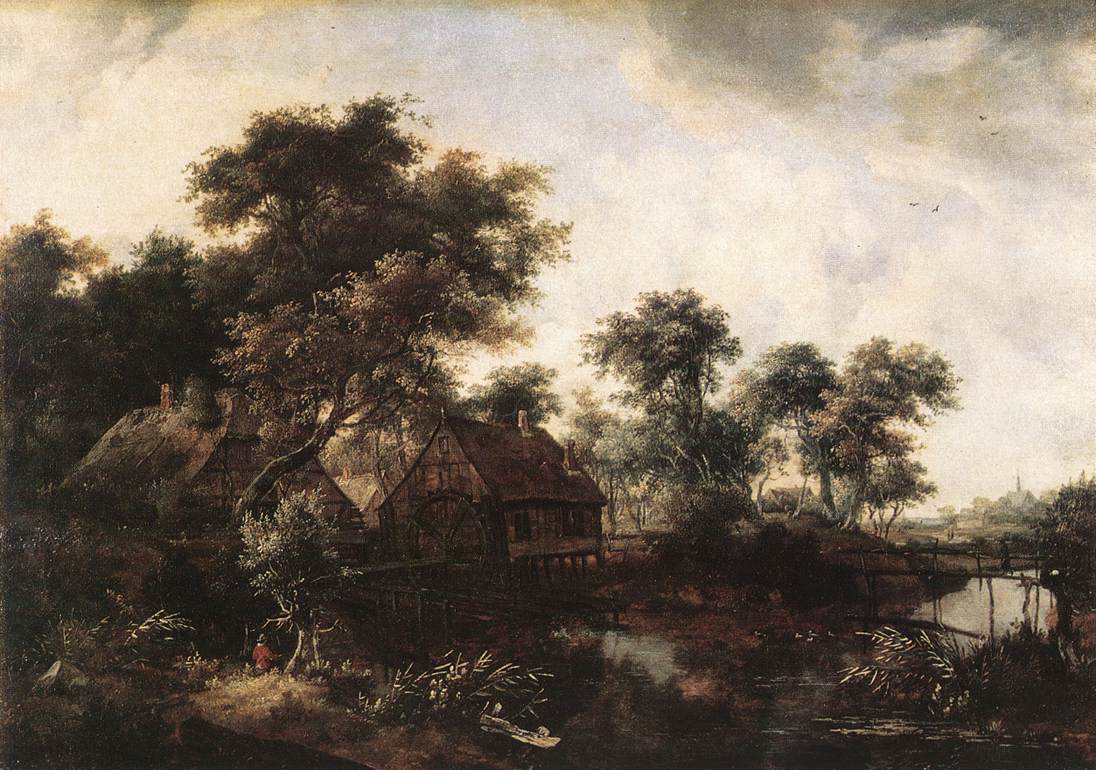