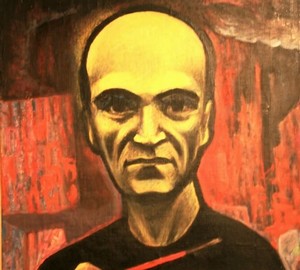 A brilliant representative of the Russian avant-garde, Pavel Filonov was born in Moscow in 1883. The artist’s family was not wealthy. His father was a former peasant who worked as a cab driver in the city. Mother earned by doing laundry. But the children in the family grew up creative, all loved to sing and dance. Little Paul adored drawing. When the boy was only four years old, his father passed away. In this difficult situation, the children had to grow up early. Paul was taught by his grandmother to embroider tablecloths for sale. Together with his sisters, he danced in mass scenes of plays for a small fee. Filonov had to teach lessons at night, but he was a diligent student and graduated with honors from the parochial school. Consumption took the lives of the artist’s mother and brother in 1896. Paul’s sister, Alexandra, took over the care of the family completely. By that time she had married a wealthy engineer. Alexandra moved the whole family to her luxurious home in St. Petersburg. His sister’s husband noticed Pavel’s drawings and assigned him to a painting apprenticeship at a painting studio. At the same time, the budding artist began attending classes at the Society for the Encouragement of Arts. Inspired by stories of the travels of the academician Lev Dmitriev-Kavkazsky, he traveled to the Volga, the Caucasus and then to Jerusalem. Filonov had virtually no money for travel, had to moonlight on the road. Pavel Filonov failed to enter the Academy of Fine Arts. He was accepted as a free listener in 1908. Teachers praised the artist for his particular diligence and excellent knowledge of anatomy. But gradually the young man began to depart from the academic rules of painting, boldly experimenting with color and shape. His work became of interest to avant-garde artists. Two years later, Filonov left the Academy and fully immersed himself in the work. His paintings were highly praised by critics and exhibited at the most popular avant-garde exhibitions. Since 1912, Pavel Filonov developed his philosophy of painting. In his opinion, art is a whole universe, not limited only by color and form. The artist must be an explorer. Starting a painting with an atom, it is necessary to fill the canvas with elements arising from the subconscious. After an independent trip to Italy and France, the famous painting “Feast of Kings”, presented at the exhibition in 1913, appeared. At the same time Pavel Filonov painted the scenery for the work “Vladimir Mayakovsky”. In the next three years, the artist actively works and exhibits, illustrates collections of poems by futurist poets, publishes his own poem “The Prophecy of the World Sprout”. In 1916, Filonov was drafted to the front, where he also took an active part in the revolutionary movement. The artist later returned to creative work and took part in a major exhibition at the Winter Palace in 1918. Many of Filonov’s paintings were donated to the Russian Museum. In 1923 he published a theoretical work entitled “Declaration of World Blossom,” which contained the postulates of “analytical art. The artist created his own school, the students of which participated in the design of government facilities, theatrical productions, illustrated literary works. Beginning in 1930, Filonov and his apprentices began to be accused of “incomprehensibility” in their work. Exhibitions of their work began to be canceled. Pavel Filonov died in 1941 in Leningrad during the blockade. In 1977 the artist’s sister donated a collection of his paintings to the collection of the State Russian Museum.

The Formula Of The Petrograd Proletariat 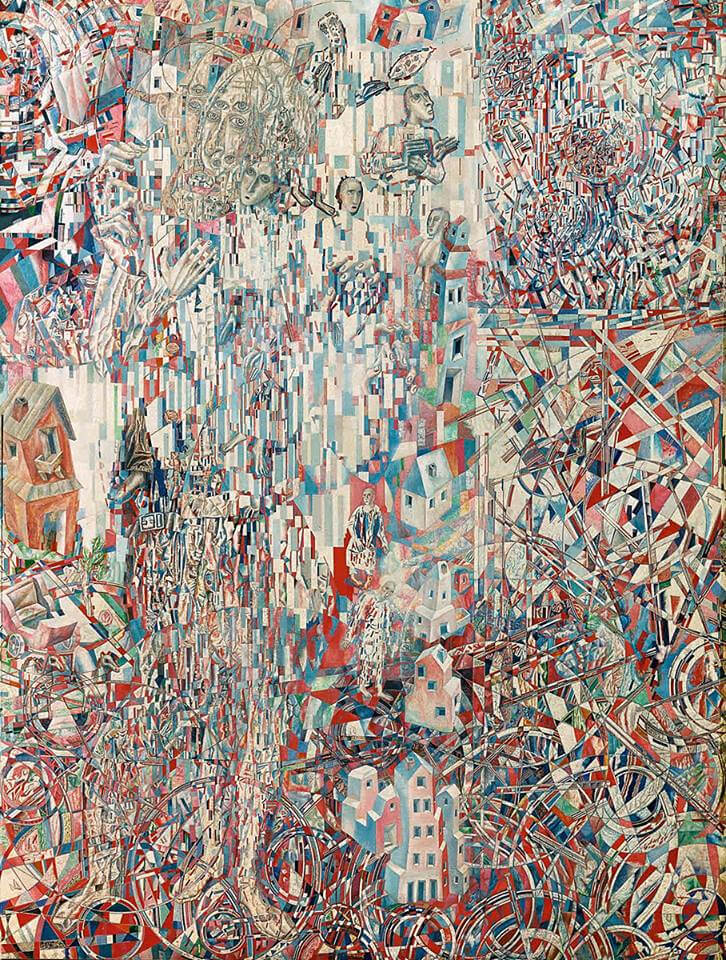 The Formula For Spring 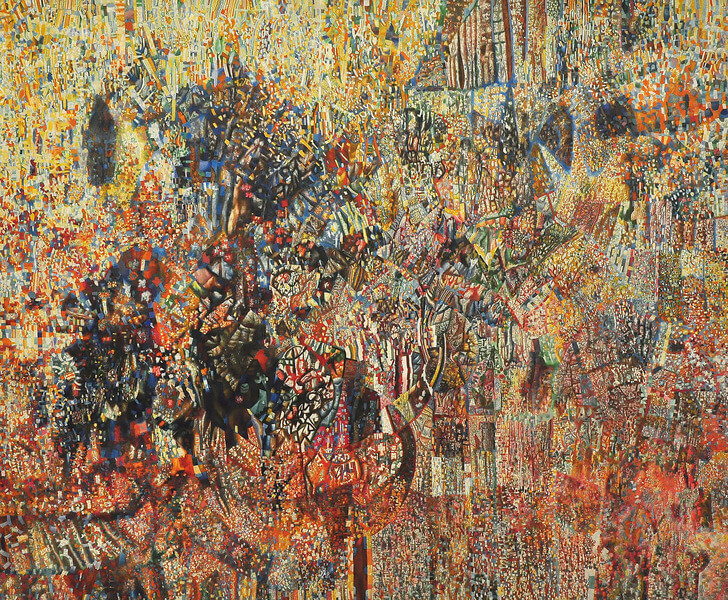 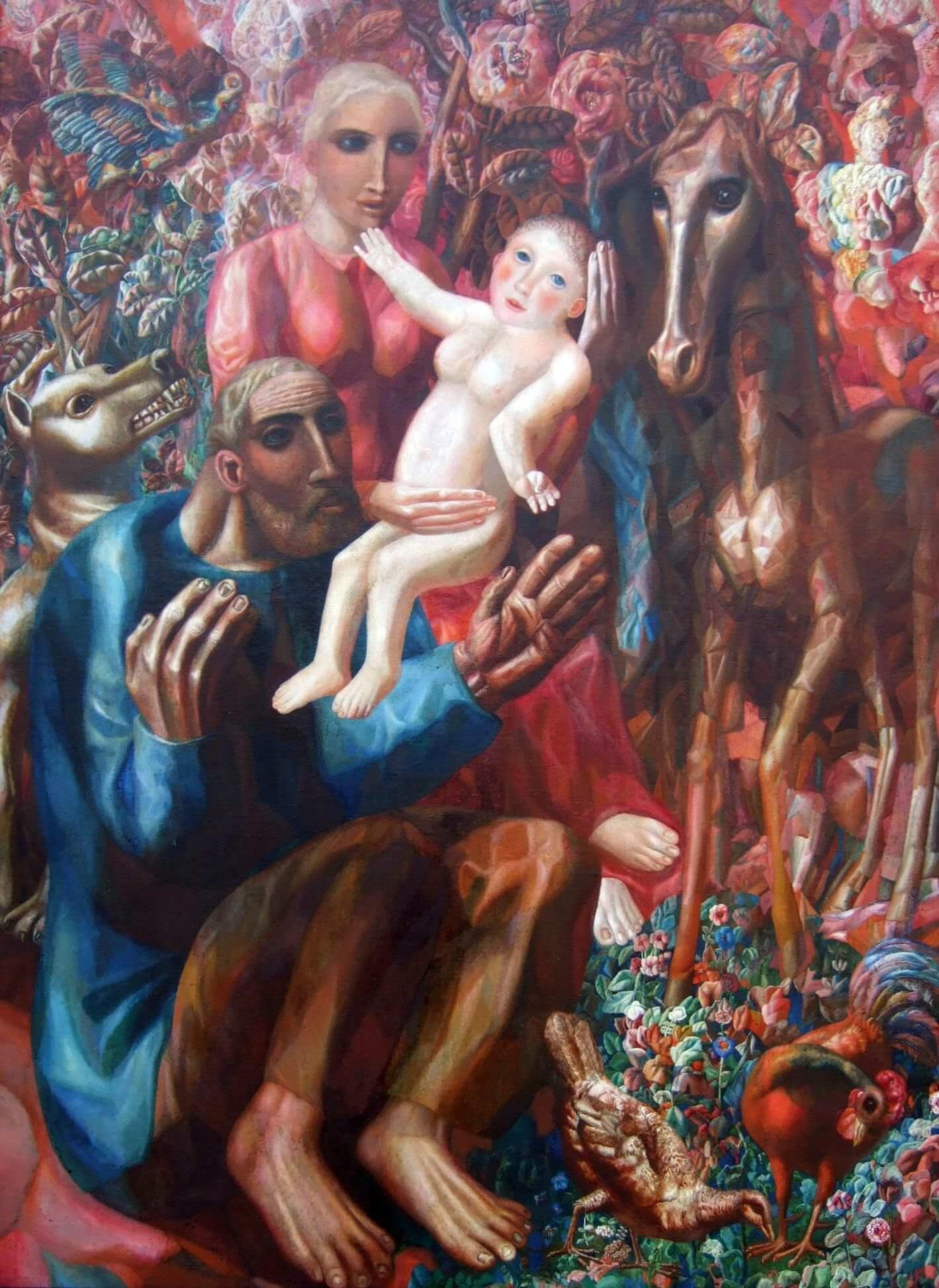 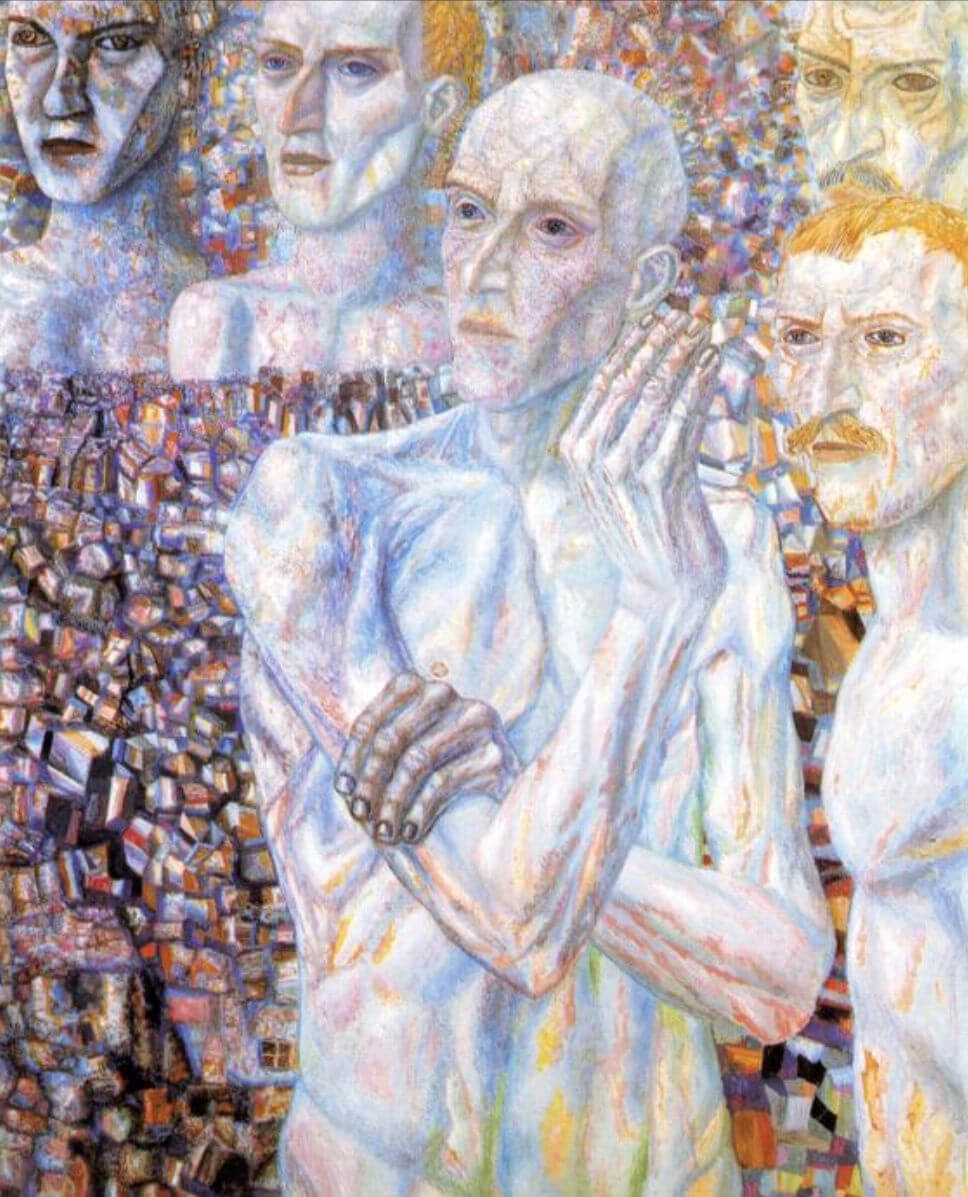 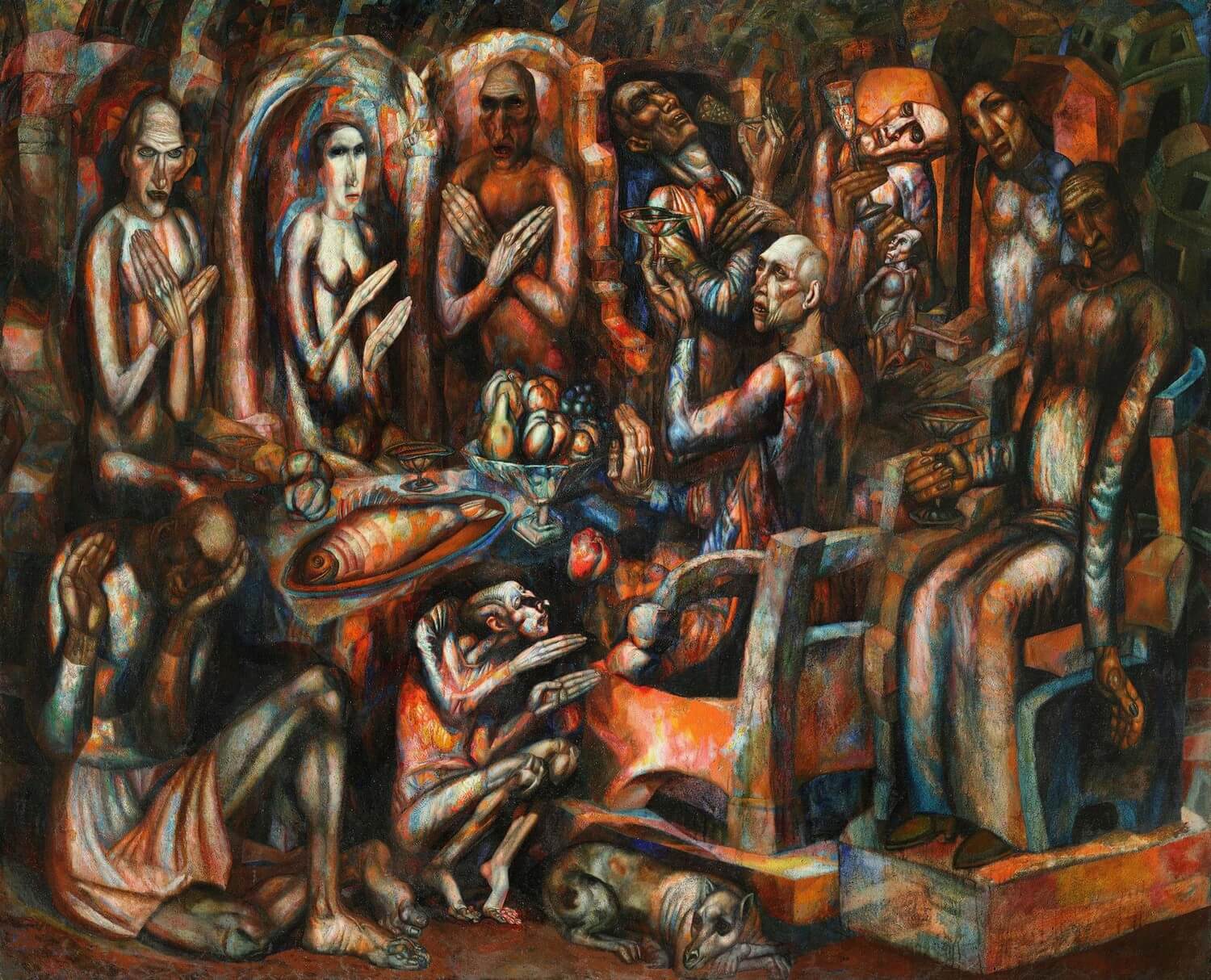 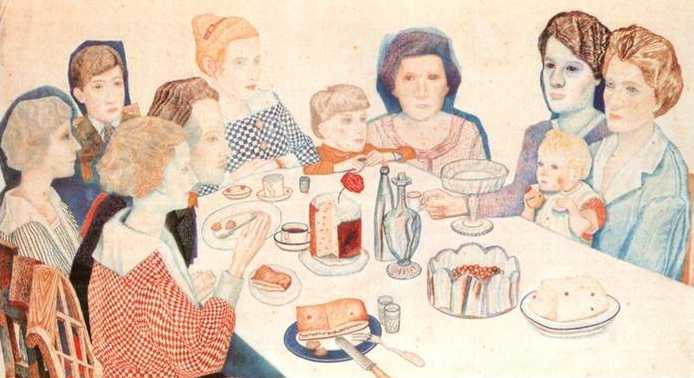 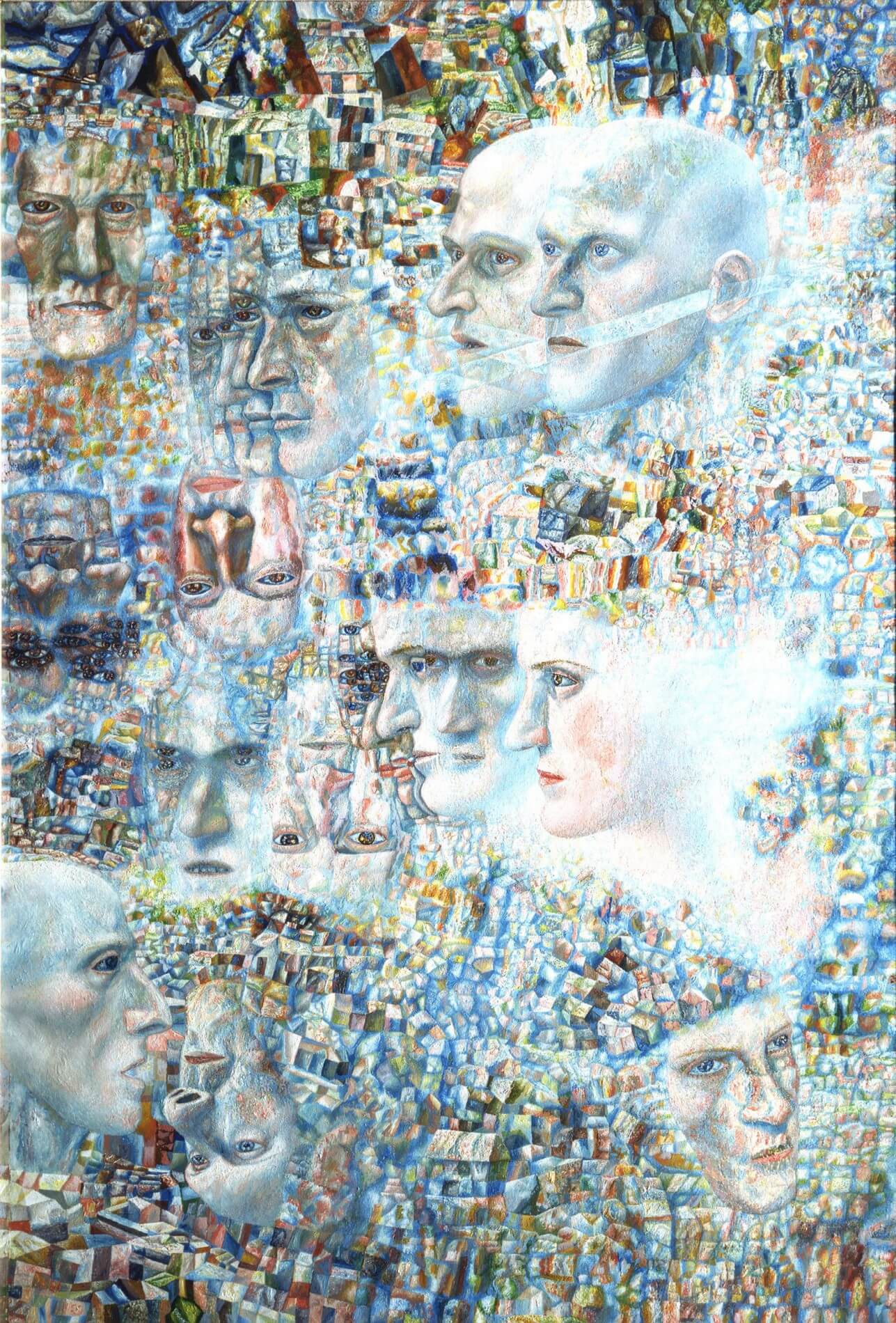 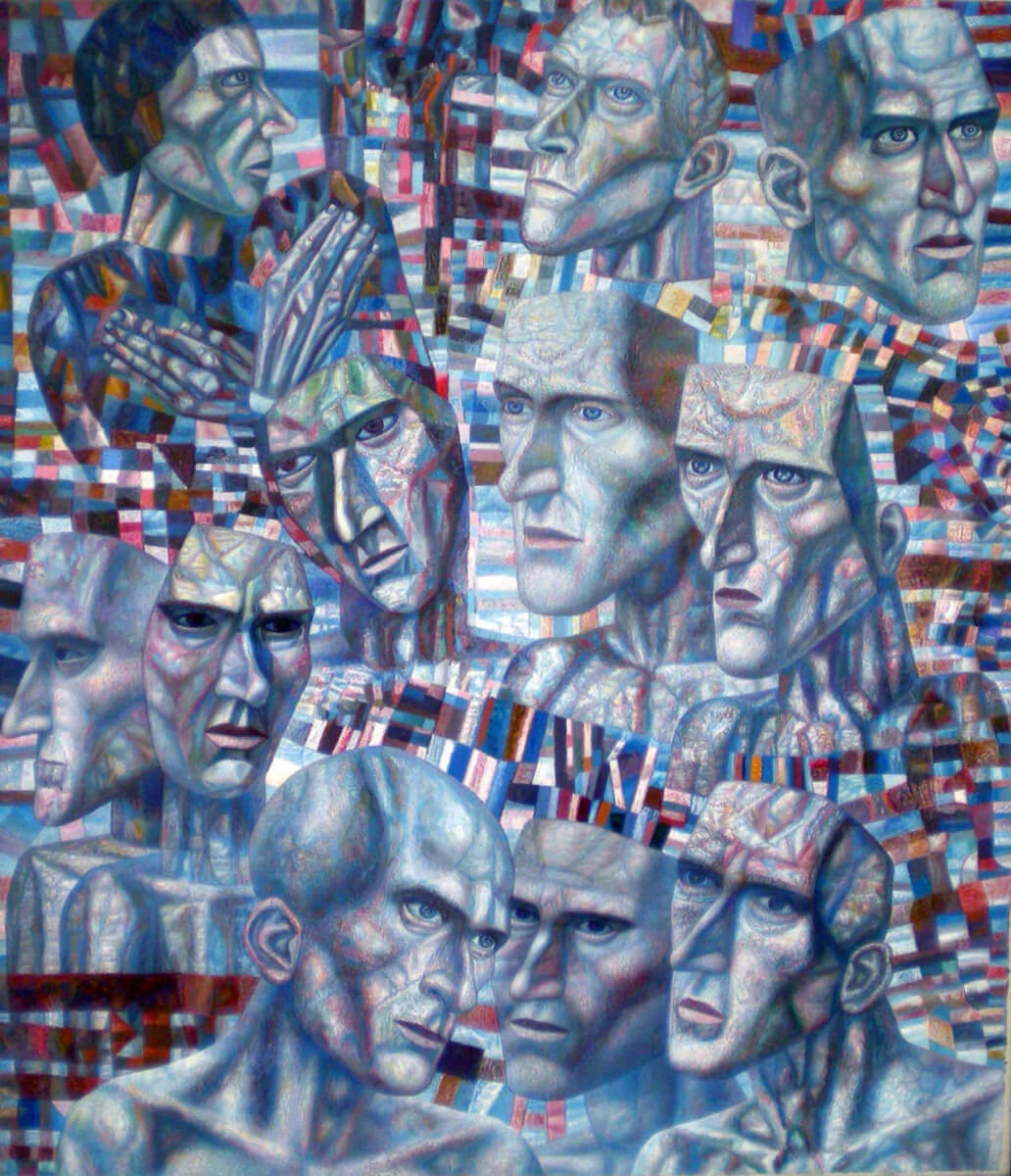