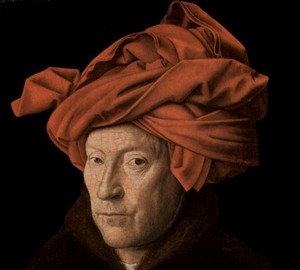 The Dutch painter Jan van Eyck was very famous in his day. He was born between 1390-1400 in Maaseik. No other information from the artist’s infancy and adolescence is practically unknown. After entering the service of the ruler of Holland in 1422, John of Bavaria, van Eyck performed various works in the palace in The Hague. From 1425 to 1429 he worked for Duke Philip the Good. He carried out various artistic works, and even some diplomatic assignments. The duke valued van Eyck, and considered him a cultured and educated man. There is a lot of controversy surrounding the artist’s paintings. Since Jan van Eyck studied with his own brother, Hubert, they painted some paintings together and some separately. There are a huge number of paintings whose author has never been identified. In 1431, Jan van Eyck moved to Bruges, where he became an artist of the city. One of van Eyck’s most famous paintings is The Altar of Ghent, which his brother began, but he died in 1426, and Jan continued and completed the work. Van Eyck created a number of paintings dedicated to the Madonna and was also a true master of portraiture. Many of his paintings are on our website with detailed descriptions, and the date of creation. Van Eyck died in 1441 in Bruges. 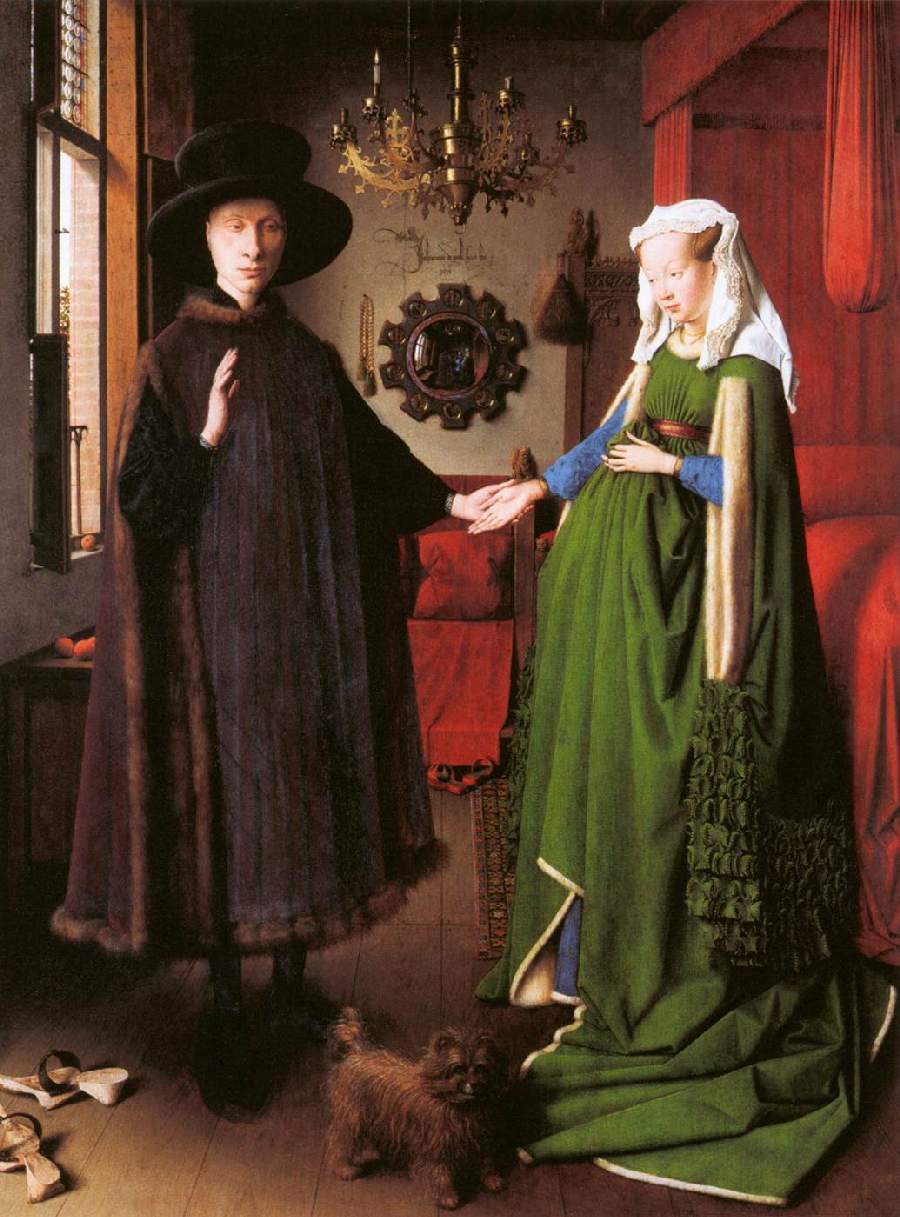 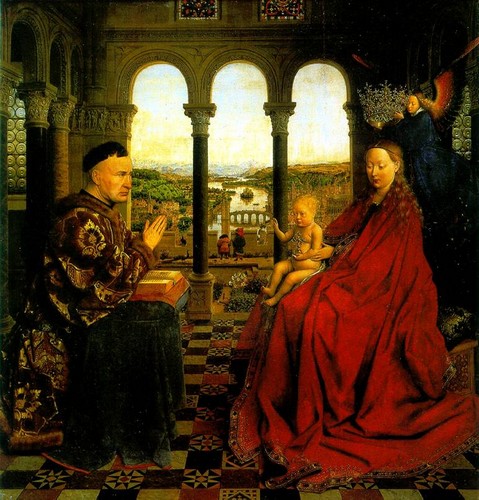 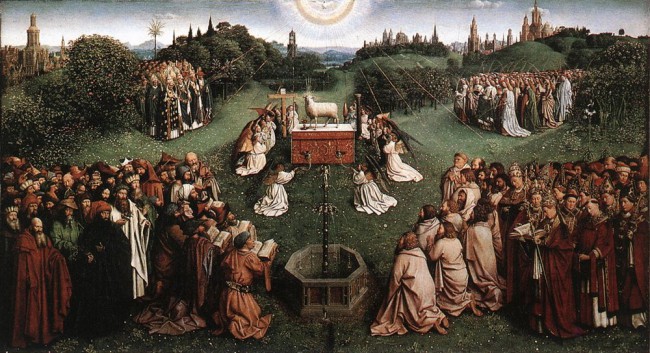 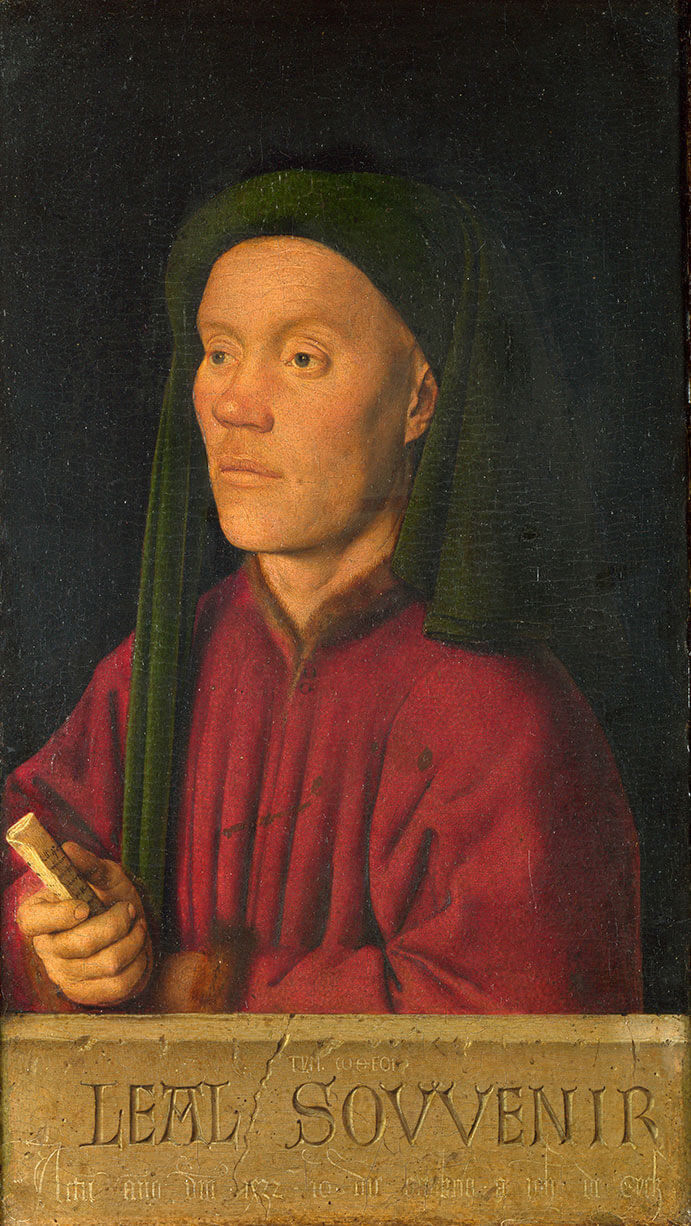 The Appearance Of The Angel To The Myrrh-Bearing Women 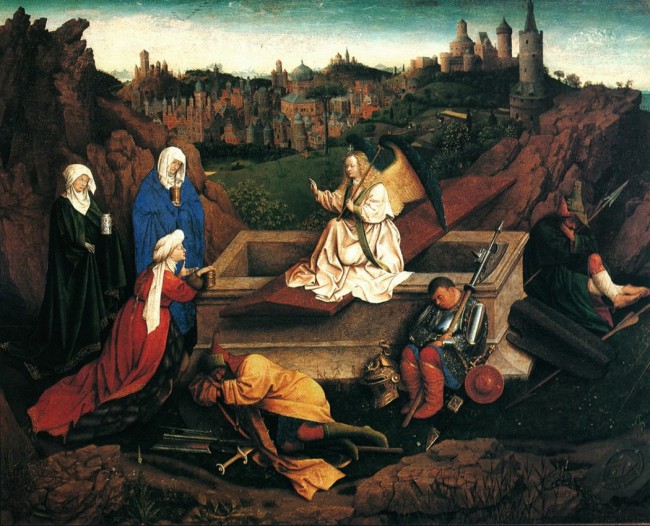