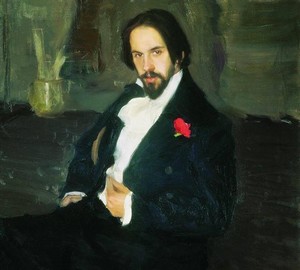 Ivan Yakovlevich Bilibin was born in 1876 in the village of Tarkhovka, which is located near St. Petersburg. The artist’s parents were members of the St. Petersburg intelligentsia. His father worked as the chief doctor in a naval hospital. His mother had an excellent education, played the piano perfectly, but after her marriage she devoted her life to bringing up children. The passion for drawing to Ivan came from his parents, who were actively interested in painting and instilled in their children the right artistic taste. In parallel with his studies in high school, the future illustrator began to attend the school of the Society for the Encouragement of Arts. In 1896, I.Ya. Bilibin graduated with honors from the First Classical Gymnasium in St. Petersburg. He was forced by his father to enroll in the Faculty of Law at the University in order to obtain a respectable profession. But the artist did not abandon drawing. For several years, Ivan Yakovlevich took lessons in the studio of Ilya Repin. In 1900, Bilibin entered the St. Petersburg Academy of Arts. Inspired by the work of Viktor Vasnetsov, the young man determines his path in art. He creates his first magical illustrations, which soon turned into books of folk tales and were published. At the same time, the artist is offered cooperation by the magazine “World of Art”. Participation in ethnographic expeditions to the north gave the illustrator valuable knowledge about the culture of the Russian people. The accumulated material was certainly reflected in the artist’s work. Deep knowledge and the Russian soul underlay a unique “Bilibinskogo style”. Each year the Bilibin brush was getting stronger. The artist worked in the graphic style, but with the help of watercolors. Carefully thought-out colors, clean lines, the successful choice of paper were the basis for the high quality of “Bilibin” illustrations. New books of fairy tales by I. ?. Bilibin purchased the best museums in the country. Beginning in 1904, the artist often began to be offered work on the design of Russian and foreign opera productions. At different periods of his life, he made sets and costume designs for such operas as “The Snow Maiden”, “Boris Godunov”, “The Golden Cockerel” and others. During the revolution of 1917, Ivan Yakovlevich decided to leave St. Petersburg for the Crimea. Later he planned to immigrate to Cyprus. But to get to Cyprus, he failed due to the spread of typhus. The artist was sent aboard a steamboat to quarantine in Egypt. Staying in Cairo, the illustrator opened his own studio and was quite popular. Bilibin began to receive many orders from the nobility. In 1925, Ivan Yakovlevich moved to Paris. In this city Bilibin returned to the design of theatrical productions, carried out private orders. Russian emigrants especially appreciated the artist’s illustrated fairy tales that reminded them of their homeland. In 1936, upon his return to his beloved Leningrad, the artist began to teach graphic art at the Academy of Fine Arts. He also continued to work in the theater and was preparing for his personal exhibition of illustrations. Ivan Yakovlevich did not refuse other orders in the form of advertising posters, posters, children’s manuals, postcards. The war of 1941 made its adjustments in the life of the whole country. The artist refused to evacuate. I.Ya. Bilibin died in February 1942 from exhaustion during the blockade of Leningrad.

Baba Yaga In A Stupa 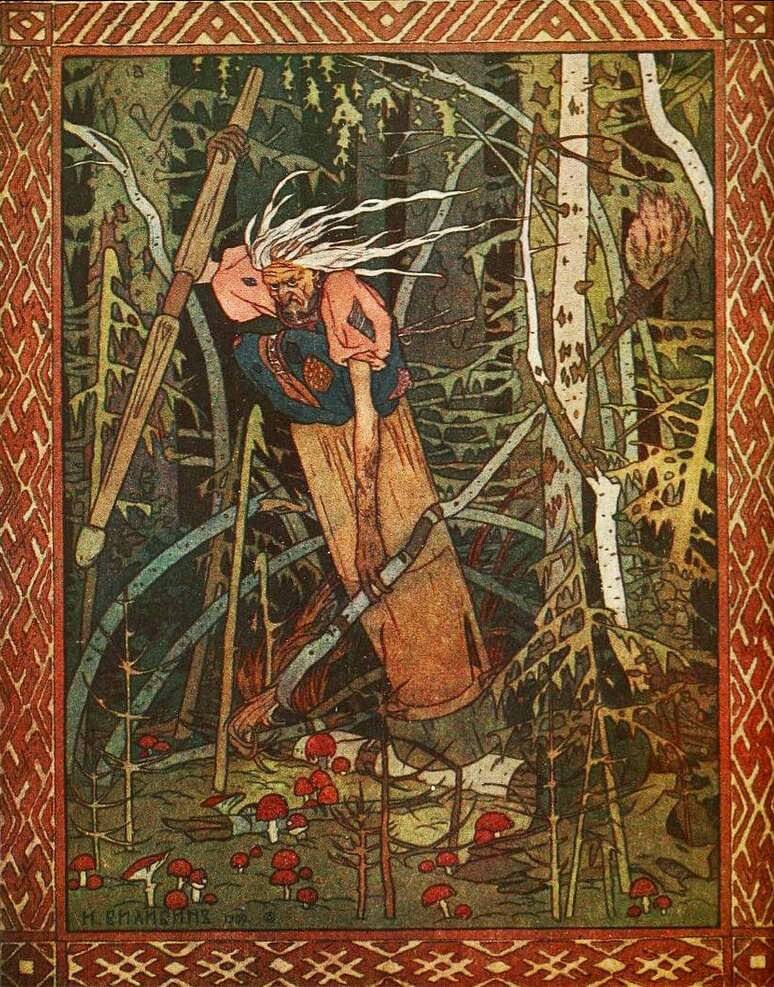 Guidon And The Queen 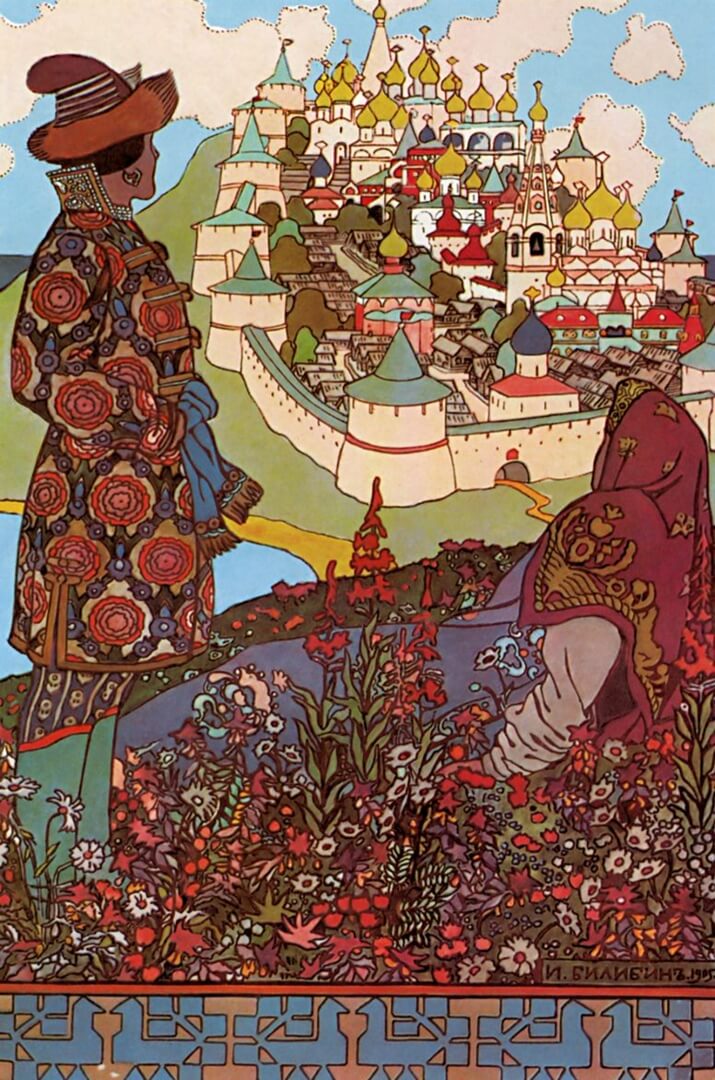 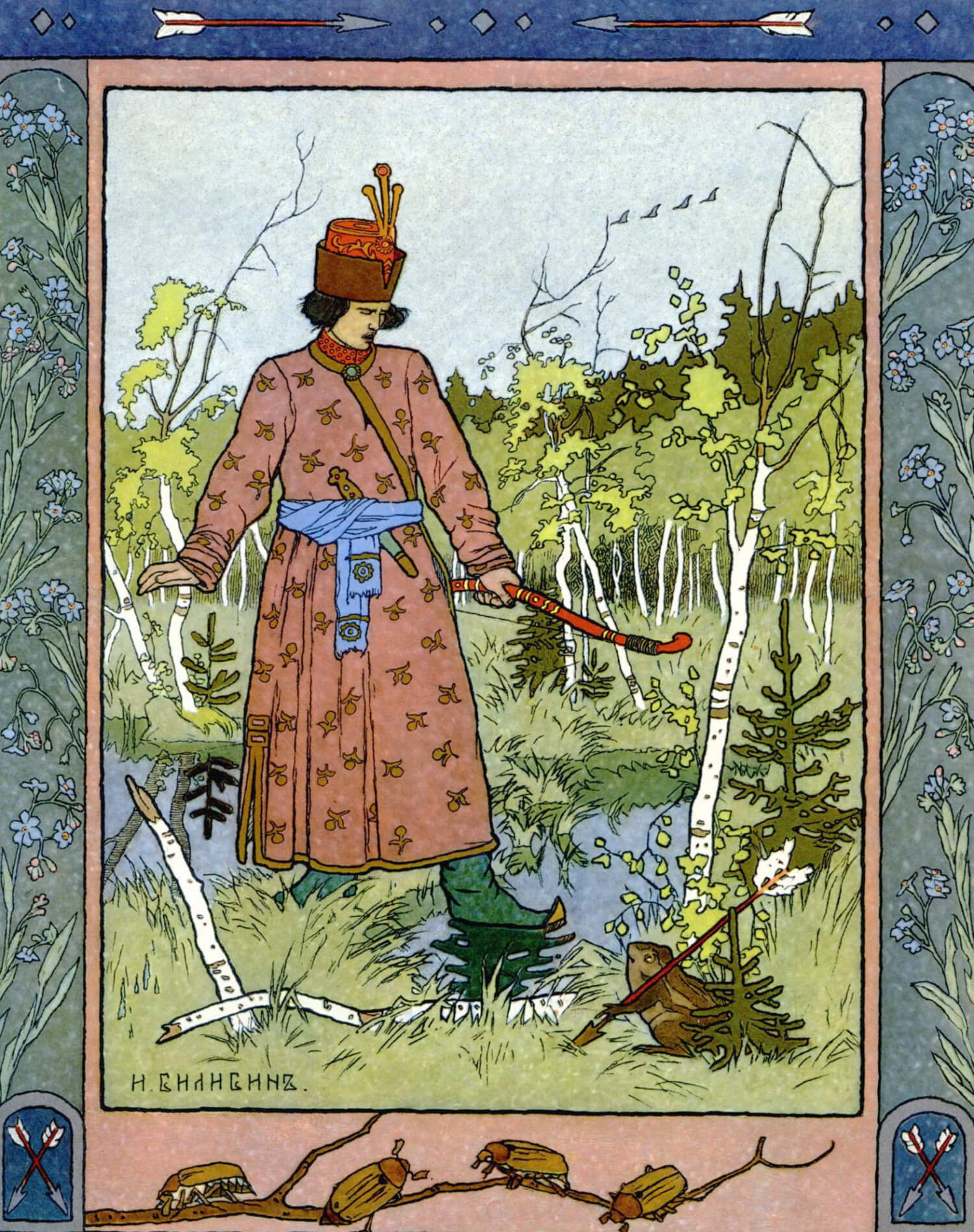 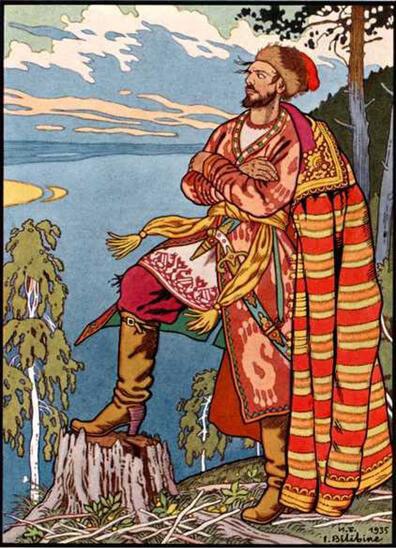