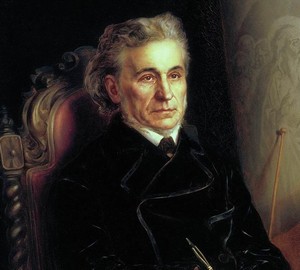 In the 18th and 19th centuries, foreign painters, architects, and sculptors came to work in Russia, bringing to Russian art the traditions of European artistic culture. For many of them, Russia becomes a second homeland. In 1807, an eight-year-old boy, Fidelio Giovanni (later renamed Fyodor Antonovich), comes to St. Petersburg with his father, the Italian painter and restorer Antonio Bruni. He would become a brilliant representative of Russian classicism. Born in Milan in December 1799, the little boy showed an early aptitude for drawing. His first teacher was his father. At the age of ten, Fyodor first enrolled in an educational school at the Imperial Academy of Arts, and then in the class of historical painting. In 1818 the young man successfully completes his studies, but he is not awarded a scholarship for an apprenticeship in Italy. He goes there on his own, at the insistence of his father. The young man works a lot: at the request of the Academy he copies the frescoes by Raphael, writes paintings on biblical ( “St. Cecilia”) and mythological ( “Awakening of the Graces”) subjects. His first fame and membership of the Roman Academy of Arts in 1824 brought him the painting “The Death of Camilla, sister of Horace,” performed in the best traditions of classicism. At the same time he creates magnificent engravings of Russian history, taking for them subjects from “History of the Russian State” by N.M. Karamzin. Only 10 years later, in 1828, by decree of Emperor Nikolai I, the young painter was awarded a scholarship and left for another 5 years in Italy. In 1834 F. Bruni receives the title of academician. A year later he married Angelica Serni, a beautiful and well-educated girl, with whom he lived a happy and long life. Returning with a young wife in 1836 in St. Petersburg, Fyodor Bruni, by then already a professor, teaches at the Academy of Fine Arts and works extensively on the painting of the Winter Palace Church. In 1837 he was among three painters who sketched after the poet’s death, and his unique drawing “Alexander Pushkin in the coffin” is widely recognized in Russia. In 1838, for another two and a half years, the couple again went to Italy, where the master fruitfully worked on canvases on biblical subjects (“The Virgin and the Child, standing in front of Her”). For the Kazan Cathedral, the artist creates an image of the “Protection of the Blessed Virgin”. He is completing his most famous painting “The Bronze Serpent”, exhibited in 1841 in the Winter Palace and received high praise and unprecedented success. Having received an order to paint the under-construction St. Isaac’s Cathedral, Fyodor Antonovich in 1845 presents 25 cartons with biblical scenes, twelve of which were executed in the cathedral. Much effort the painter gives to enrich the collection of the Hermitage, as in 1849 he was appointed curator of the Picture Gallery. The services of the artist were highly appreciated, and in 1855 he became the rector of the Academy of Fine Arts, which during his leadership became a true bastion of classicism. In 1872, the Academy approved his sketches for the painting of the Cathedral of Christ the Savior, but it was already his students who were working on them. Fedor Antonovich Bruni died in St. Petersburg in 1875. His works occupy a worthy place among the masterpieces of the collections of the State Russian Museum, the Hermitage, the State Tretyakov Gallery.

Our Lady With The Child In Roses 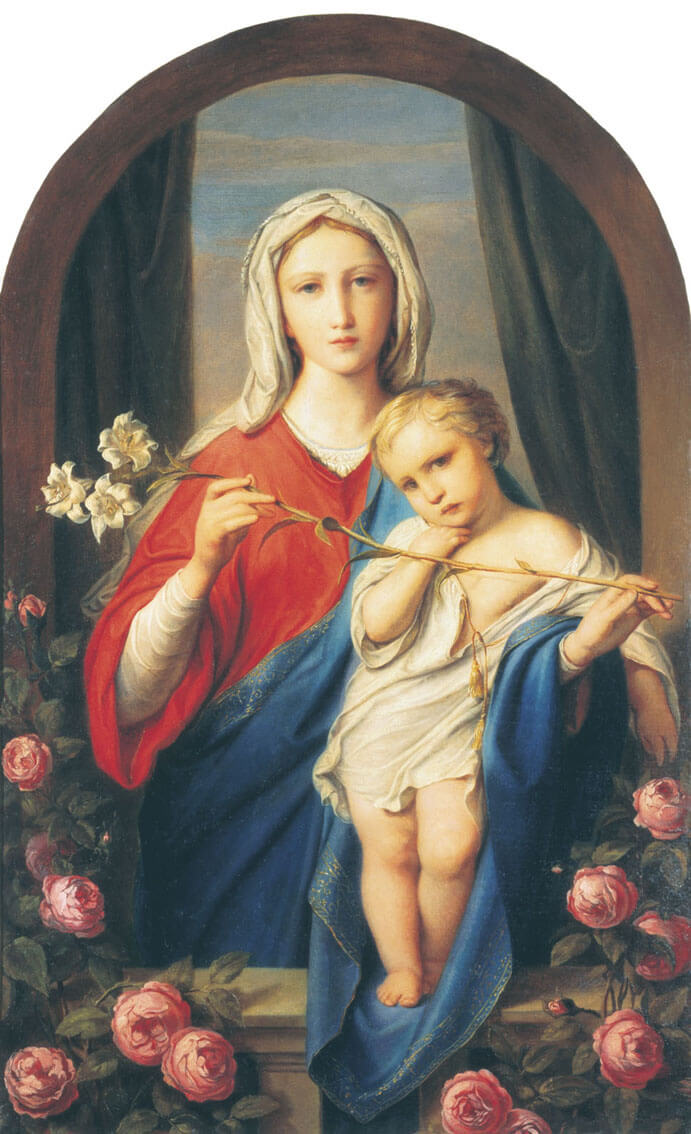 Praying For The Cup 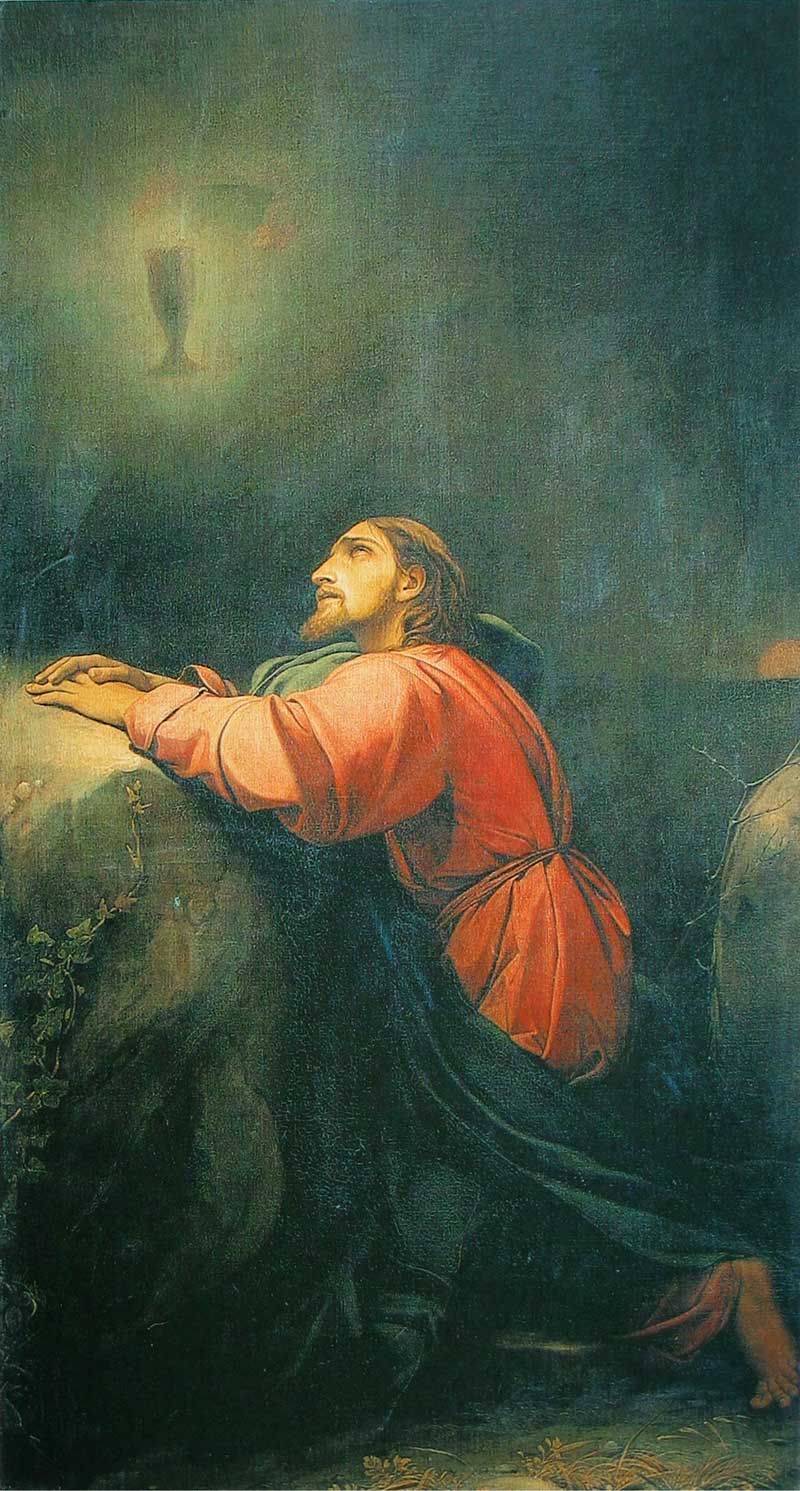