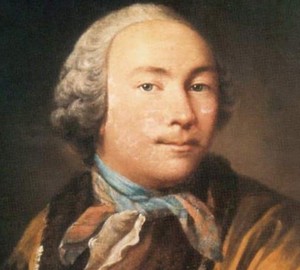 The 18th century in Russia is an era of great change, a time of extraordinary flowering of science and culture. The arts are rapidly developing. Russian artists learn Western European techniques and the manner of writing, mastering new genres and trends – historical compositions, landscape, still life. But the portrait with its aspiration to show internal world of a person besides external similarity comes out on the first place in painting. Among the first famous portrait painters was Ivan Petrovich Argunov. There is little information about him. He was born in the family of serfs of Prince A.M. Cherkassky in 1729, but from the early years, after the death of his parents, he was brought up in the family of his uncle, S.M. Argunov. When the boy was 14 years old, the Argunov family, as part of the dowry of Prince Varvara’s daughter, passed into the possession of Count Pyotr Borisovich Sheremetev. Together with him they move to St. Petersburg. The count recognizes the young man’s talent for painting and decides to make an artist of the house. In 1746 he takes him to learn from the German portrait painter Georg-Christopher Groot. The apprenticeship lasts three years, during which Ivan takes part in painting icons for the Great Tsarskoye Selo Palace. Besides church subjects (“John Damascene”, “Savior”), the young man tries to paint on historical themes (“Dying Cleopatra”). However, the main thing in his work are portraits. Already the first images of the princess and prince Lobanov-Rostovsky prove the talent of the artist and bring him wide popularity. He has a lot of orders, he creates magnificent ceremonial portraits, emphasizing the importance and merits of the depicted person, his wealth and brilliant surroundings. His work is distinguished by a variety of artistic techniques. The young man has another occupation – in 1753, he begins to teach painting three former singers – AP Losenko, KI Golovachevsky and IS Sablukov. The young men were admitted to the Academy of Arts and became famous painters. At this time, a huge popularity among the nobility enjoyed a collection of family portraits. And Ivan Petrovich begins to work on paintings for the family gallery of the Sheremetevs in the Kuskovo estate. At the same time he writes portraits for the family of nobleman Lazar Nazarovich Lazarev. He managed to combine thorough elaboration of details with the majestic poses and nobility of the image (Portraits of Countess A.P.Sheremeteva, Field Marshal B.P.Sheremetev, A.A.Lazareva). In 1757 the master painted his first chamber portraits of the Kripunovs, creating vivid images of people in a domestic setting, conveying their inner world and mental qualities. He also managed to create wonderful images of children, full of charm and vitality (portraits of E.P. Streshneva and Annushka, a Kalmyk girl). A lot of time the serf artist takes a lot of commissions of the master, but he continues to work on numerous orders. In 1762 Argunov painted from memory an excellent coronation portrait of Catherine II for the Senate, which pleased the Empress greatly. Among his works are superb depictions of old men, painted with unusual warmth, attention and sensitivity (Tolstoy’s portrait). From the 1770s the artist has been painting less, he is absorbed in economic matters, as he was appointed the manager of the Sheremetevs’ house in St. Petersburg. But his portraits of E.A. Melgunova and Rear-Admiral S.K. Craig are still impressive. He also creates an image of a peasant girl, one of the best in Russian art. In 1788 Ivan Petrovich moved to Moscow, to manage the Moscow house. He almost stopped writing, devoting all his free time to his sons. They will continue the Argunov dynasty – Nicholas and Jacob will be artists, and Paul will be an architect. In 1802, the painter died and remained a serf. But his name stands among the best artists of Russia, and many famous museums are proud of his masterpieces. 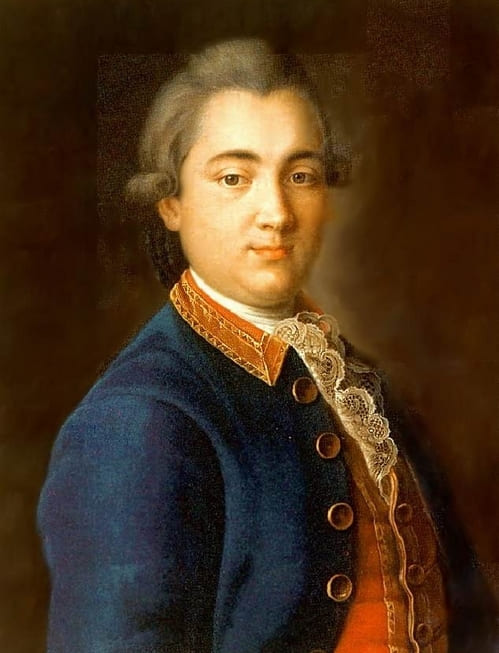 Portrait Of Prince I. P. Golitsyn 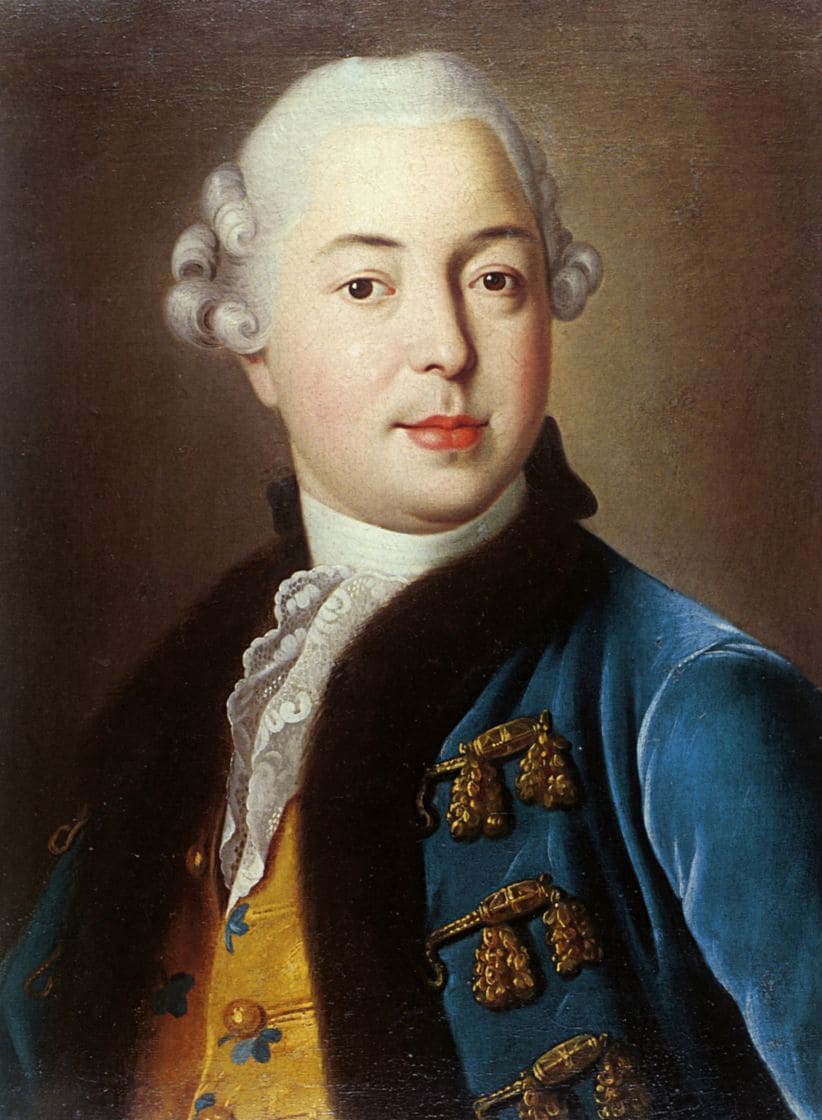 Portrait Of An Unknown Woman In Russian Costume 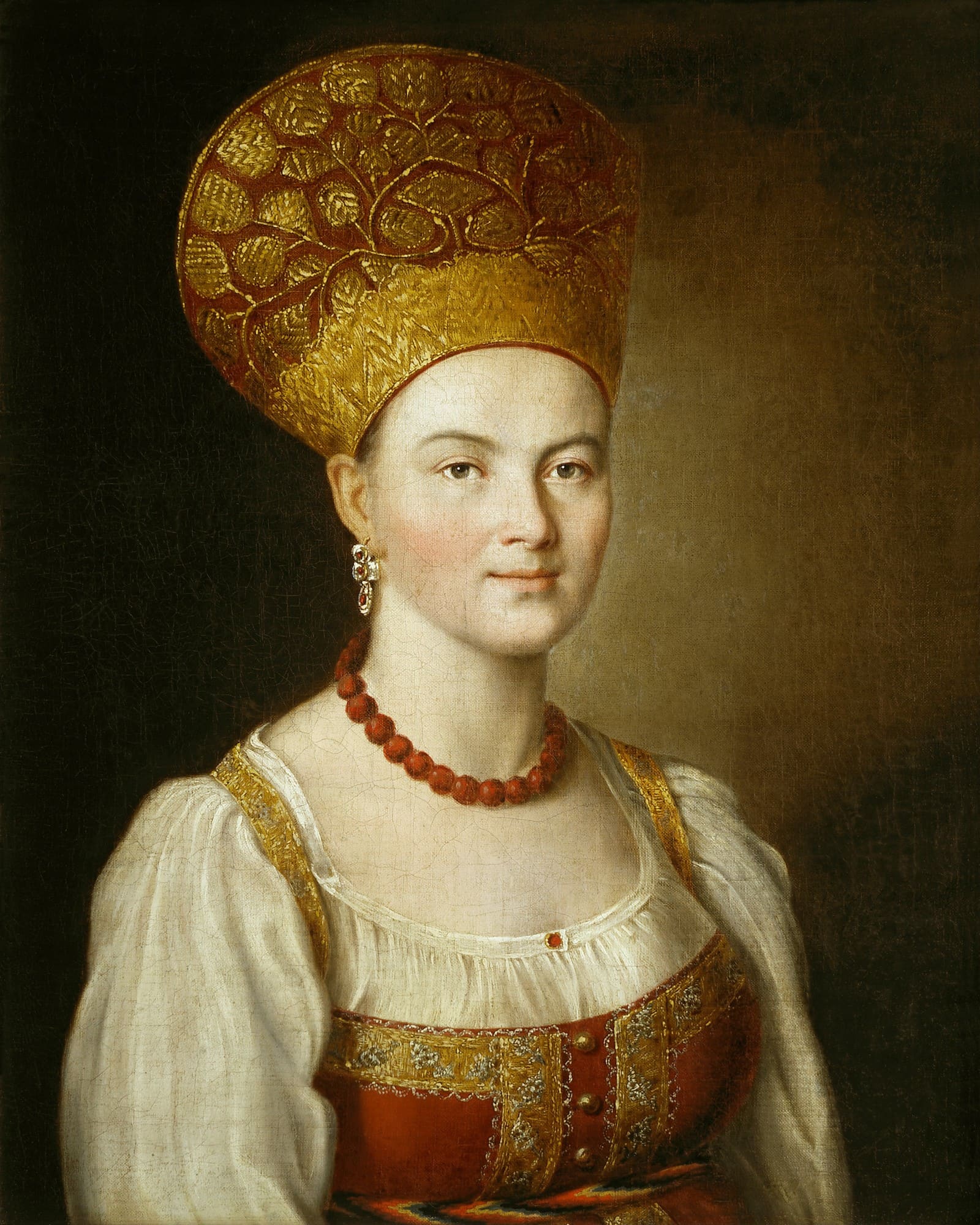