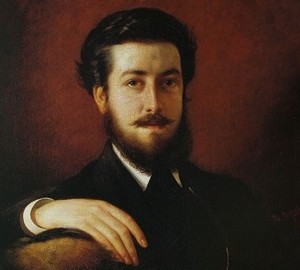 Vasily Vladimirovich Pukirev was a Russian genre painter who painted pictures on everyday subjects. The future painter was born into a peasant family in the small village of Luzhniki, Tula province, on December 13, 1832. Initial education he received in a parochial school, then became an apprentice iconographer. An icon buyer who came to the village from Moscow, drew attention to the talent of the young man and invited him to the Moscow School of Painting, Sculpture and Architecture. Pukirev enrolled in 1847 and studied for 11 years under the tutelage of Sergei Konstantinovich Zaryanko. During his studies he showed excellent results: in his third year he received the title of teacher of drawing, and a few years later – of unclass artist (for the “Portrait of M. N. Obleukhova”). Becoming an independent artist, Pukirev earned his living by painting portraits and icons to order. In 1860, he was awarded the degree of Academician for his work “The Girl,” and from 1861 he lived in an official apartment in the school and from 1861 to 1873 was a teacher. The artist’s work is very diverse: he painted in three genres – icons, portraits and domestic paintings – and in the latter, unlike many other painters, he developed different themes: peasant, merchant and even historical. A real breakthrough in the life and work of the artist was the work “Unequal Marriage”, presented by him at the exhibition in 1863. The audience was struck by the unusually large size of the painting, its quality and subject matter – a bold statement of the artist on the then current theme of women’s disenfranchisement. The famous collector and patron of arts Pavel Tretyakov bought the work and exhibited it in his gallery, and Pukirev received the title of professor of painting. The picture created a furore in the social sphere as well: many elderly men refused to marry young brides. Art historians still do not agree on the story inspired by the picture – the Pukirev, or his friend, merchant S. M. Varentsova. If you believe the first version, the artist included a self-portrait, and the unhappy bride – his frustrated wife, Varentsova Praskovya Matveyevna. In 1907, V. D. Sukhov painted her portrait in pencil, where he signed that it is she who is depicted in the picture “Unequal Marriage” and that at the time of the drawing the woman was living in an almshouse. After his mind-blowing success, the painter unexpectedly undertook two trips abroad to visit the world’s art galleries. Both trips were sponsored by A. A. Borisovsky, a member of the Moscow Society of Art Lovers. The artist’s future fate was much sadder: he taught and painted, but none of them had the same success – even on the contrary, some critics considered Pukirev’s work mediocre, “below average artistic level. Both then and now, many evaluate him as a “one-picture artist. Nevertheless, he tried to develop as a creator, and in different directions: he painted Moscow and provincial churches and churches, wrote icons, together with his colleague A.. ?. Savrasov published “A Course in Drawing” and continued to paint pictures of everyday life. But each new picture the public accepted more and more coldly. In 1873 Vasily Vladimirovich got seriously ill – he suffered from “violent rushes of blood to the head” – and he was forced to quit his painting, creating only occasional illustrations for the Russian classics – Nikolai Gogol’s Dead Souls and Ivan Turgenev’s Notes of the Hunter. Despite the fact that his colleagues won a pension for the artist, he lived extremely poor and died in poverty June 13, 1890 at the age of 57 years. Pukirev was buried in Moscow, at Vagankovskoye cemetery.

Construction Of The Railroad 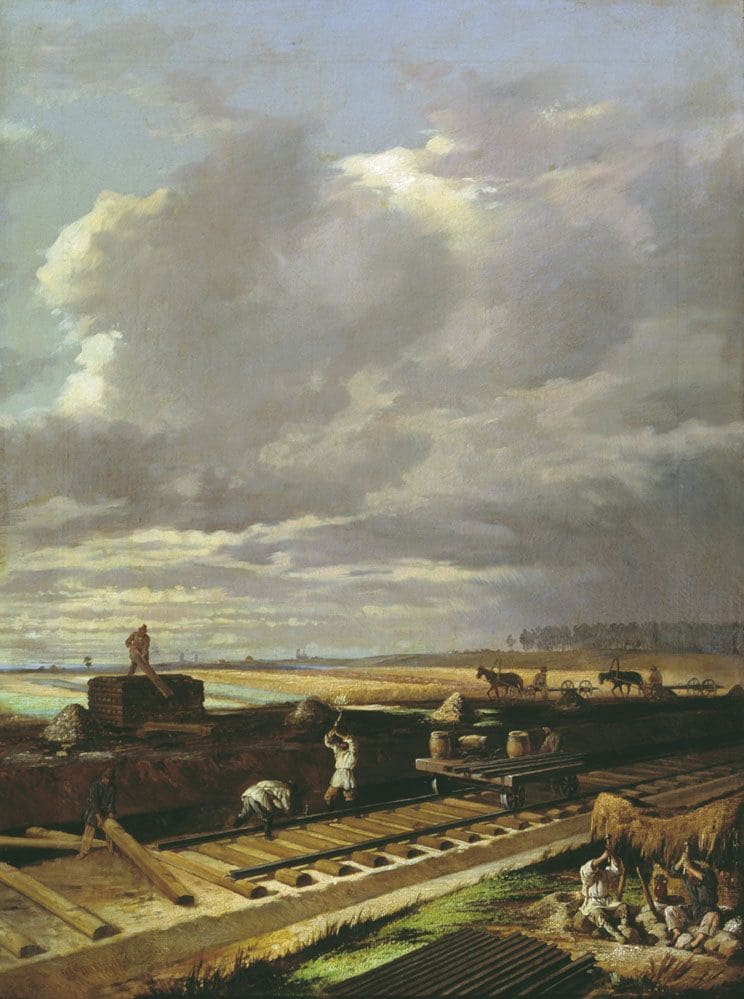 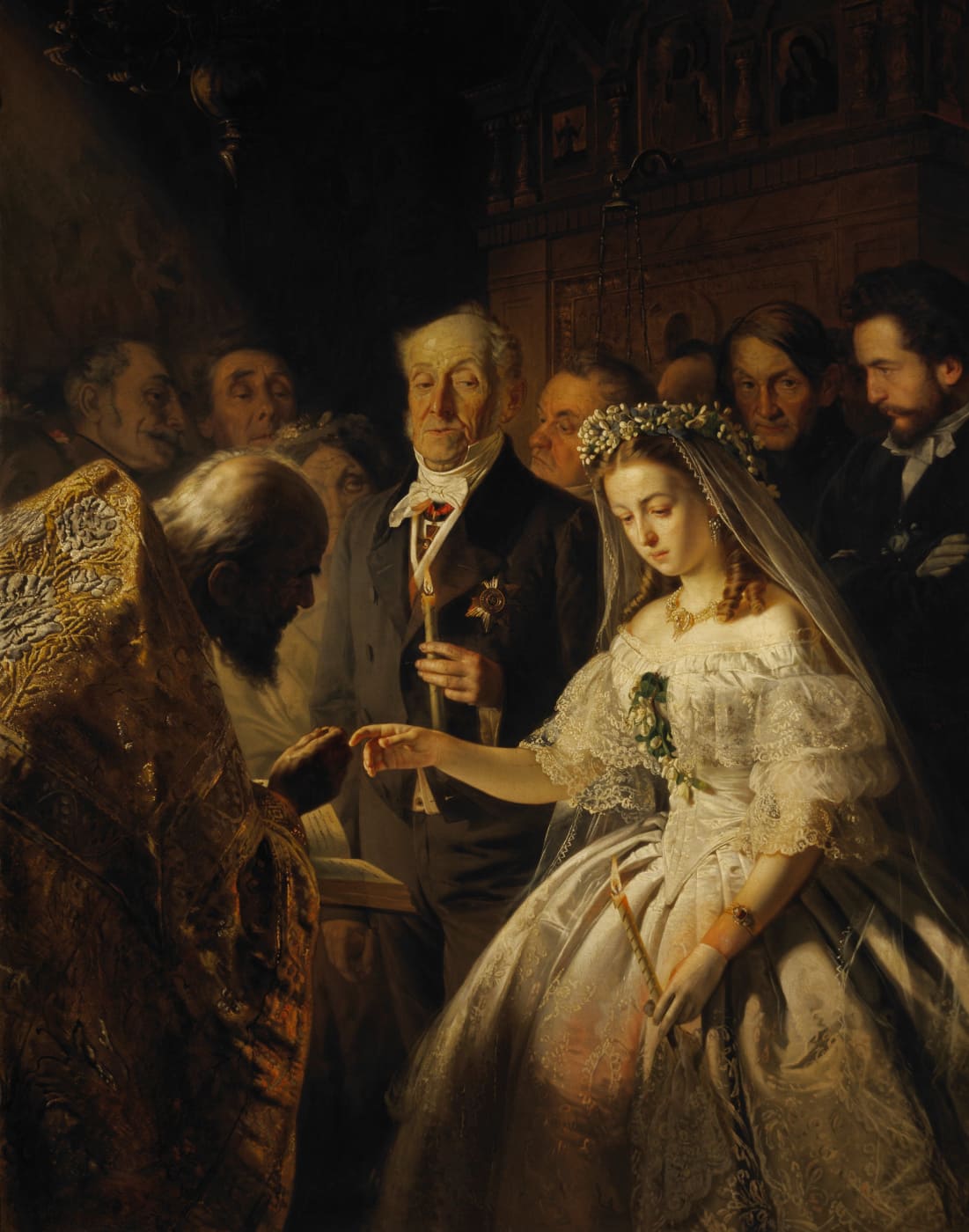 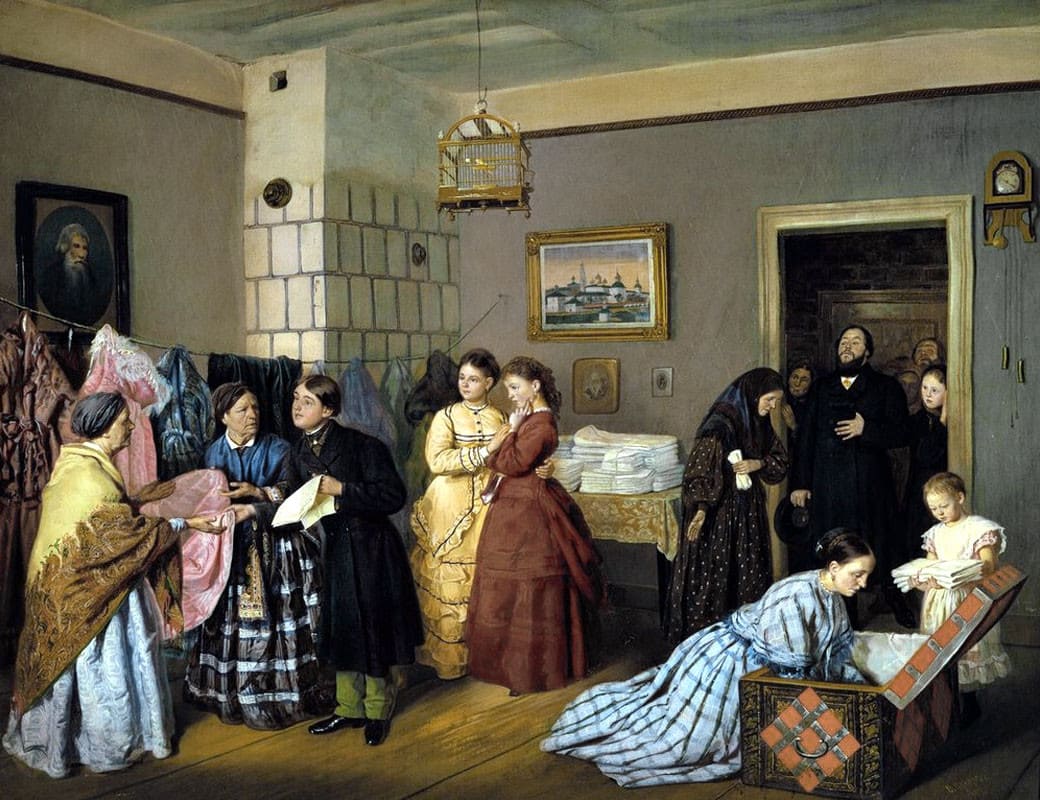 In The Artist’S Studio 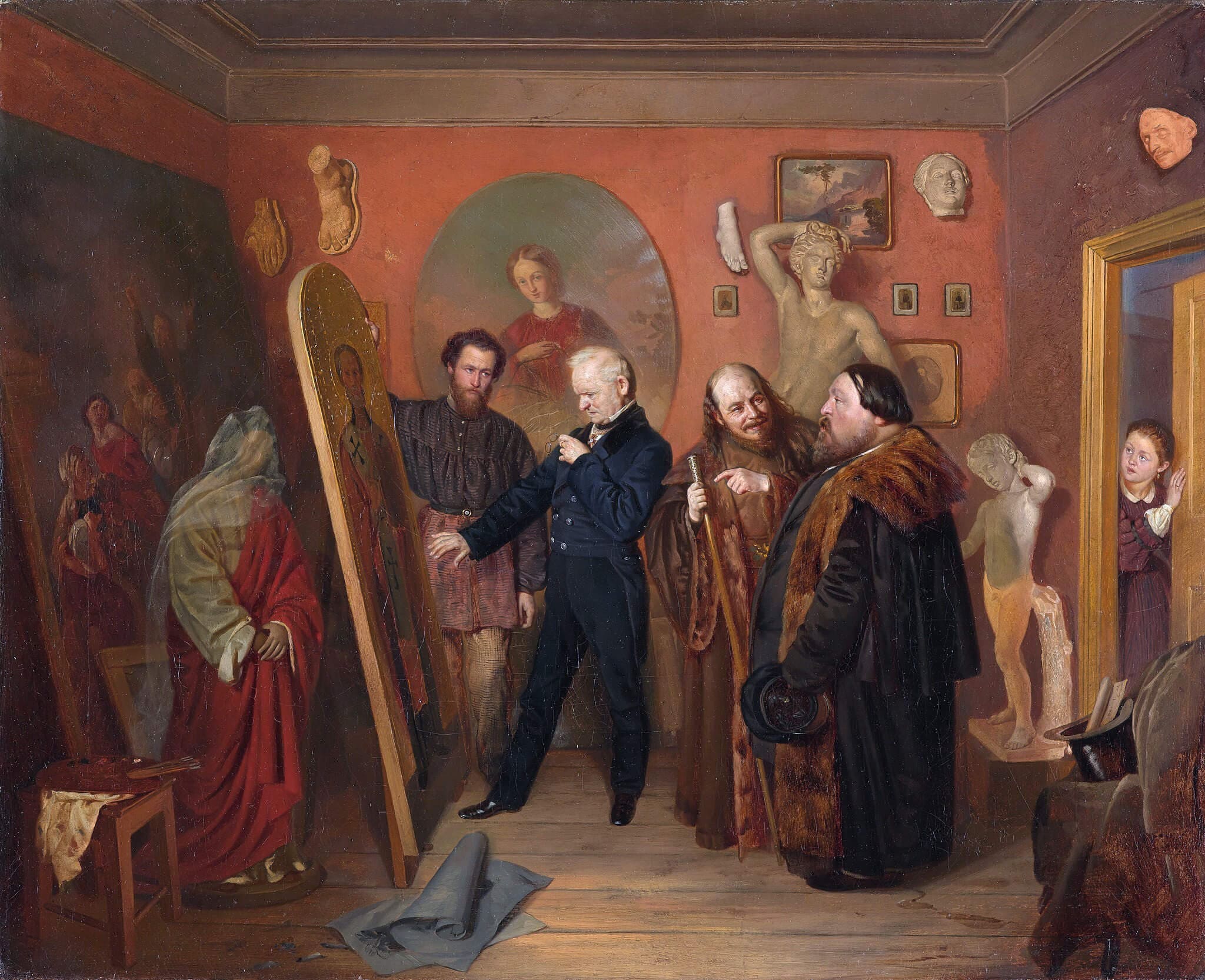