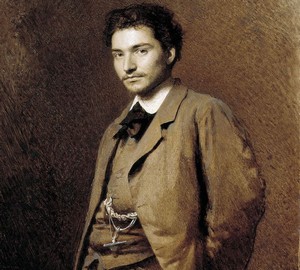 Fedor Alexandrovich Vasiliev is a Russian landscape painter. He was born on February 22, 1850 in Gatchina, in the family of an official. We can say that the future artist and his sister were illegitimate children, because parents were married after their birth. Thus, the children had no right to inherit the family name and patronymic of their father. The relationship of the little Fyodor with his father was not easy: Alexander Vasiliev played a lot of cards and drank, so he often arranged scandals at home. Because of this lifestyle he died early – at 42 years old, when his son was only 15 years old. In spite of family problems, Fedor began to develop his talent as a child: redrawing illustrations from books, and in his work he used different tools. Another of his outstanding abilities was vocal. He sang excellently in the church choir, so that in the gymnasium he was allowed to study for free. From the age of 12, the boy also attended drawing school, and after his father’s death, he met many famous contemporaries: Repin, Kramskoy, Shishkin… With the latter, they became especially close and even visited the island of Valaam together. After Shishkin married Fyodor’s sister, Eugenia. In the late 1860s Vasilyev exhibited one of his paintings – “On the Valaam Island. The Stones”. Collector and patron of arts Pavel Stroganov liked the canvas, who became the patron of 17-year-old artist: sponsored his trips to Russia, accustomed him to the life of a secular society. The artist managed to adapt perfectly to the high society: both his manners and his art delighted the nobility. Colleagues noted his ability to learn quickly, persistence and determination. A significant journey in the life of Fyodor was a joint trip along the Volga with Repin and Makarov. It was it that prompted the artist to paint his most famous and impressive painting, Thaw. Thaw” was first presented in 1871 at the exhibition of the Imperial Society for the Encouragement of Arts, and then won the first prize. The success was dizzying: the Emperor ordered a copy of the painting, and after a while the canvas was sent to an exhibition in London, where it caused no less furor. In the life of the artist caught up with misfortune: carried away by winter games, he fell ill with tuberculosis. When the diagnosis was not yet confirmed, Fyodor carelessly traveled to Finland, and its harsh climate only worsened the situation. To prolong the last years of his life somehow, in 1871 Vasilyev moved with his mother and younger brother to the Crimea. If the sunny Crimea helped the physical health of the artist, his mind suffered from homesickness for friends and homeland. Local nature did not impress him either: he painted more Russian forests and fields, albeit from memory. Nevertheless, in his later years Vasilyev continued to write a lot and persistently, which, of course, had a bad effect on his health. The reason for such active work, perhaps, was the difficult financial situation: the sale of paintings was the main, almost the only income of the family. In 1873, not giving up hope for recovery, Vasilyev appealed to the Imperial Academy of Arts. He asked to be awarded the title of artist of the first degree without examination – his work is already highly valued. This would solve the problems with money and documents, because until then he was still considered an illegitimate child. However, on October 6, 1873, a letter arrived: the Academy awarded the artist the title of honorary free association – not at all as prestigious as a painter of the first guild. All of Fyodor’s hopes were dashed, and the 23-year-old artist died on the same day. He was buried in Yalta, in the Polikurovsky cemetery.

A Swamp In The Woods. Autumn 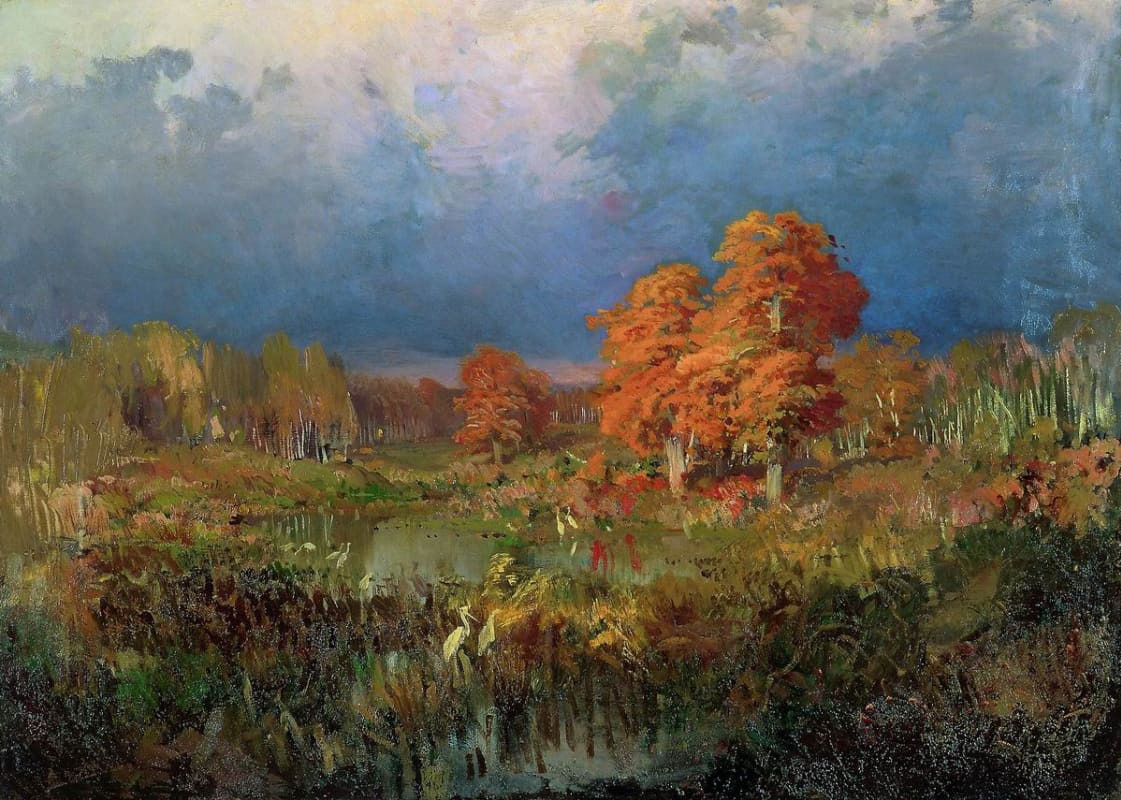 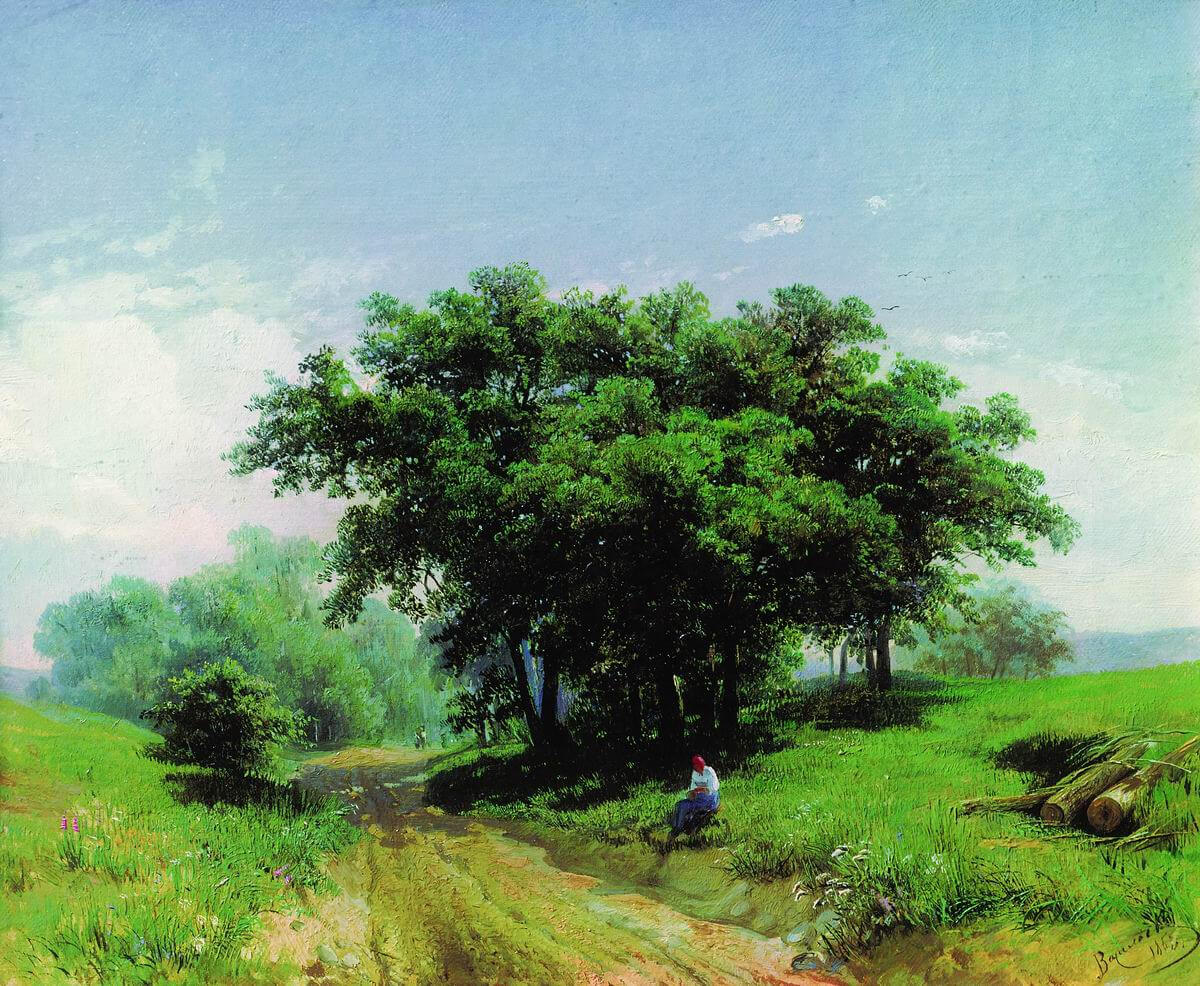 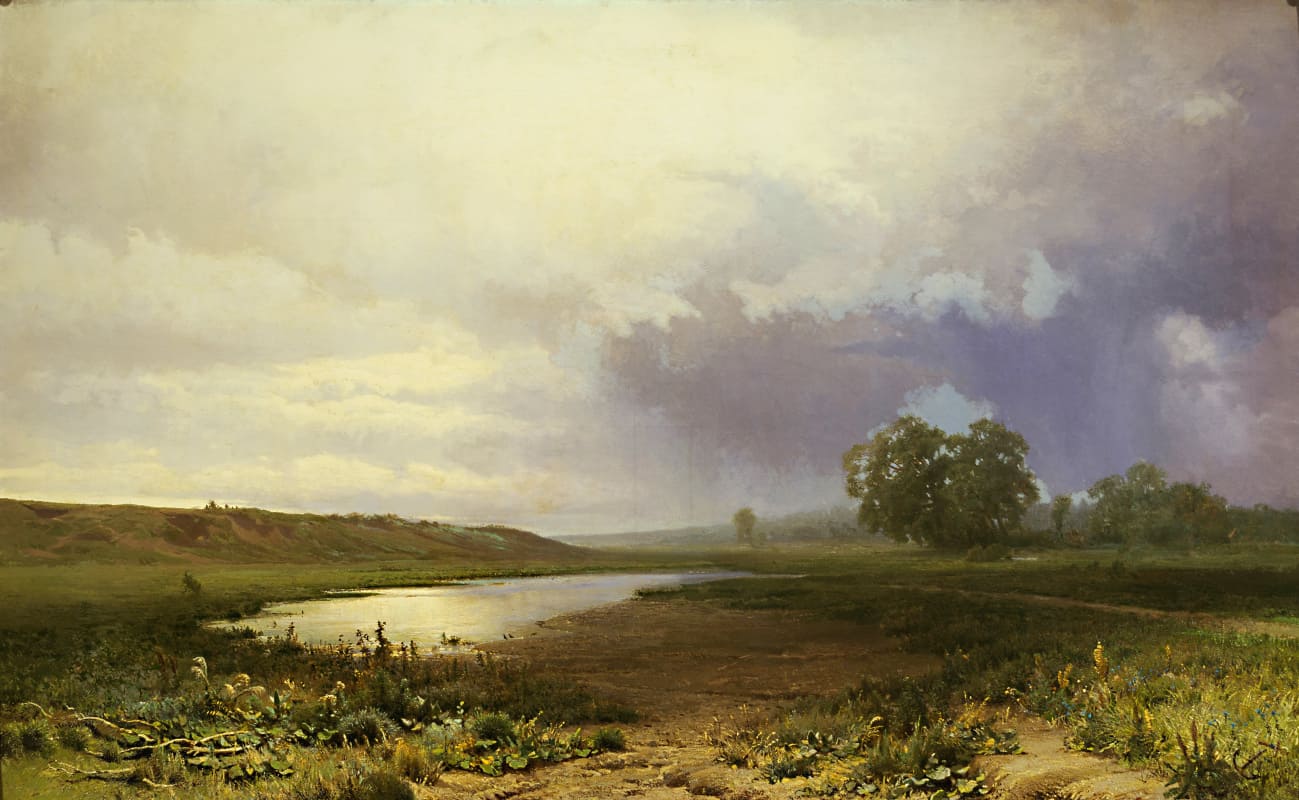 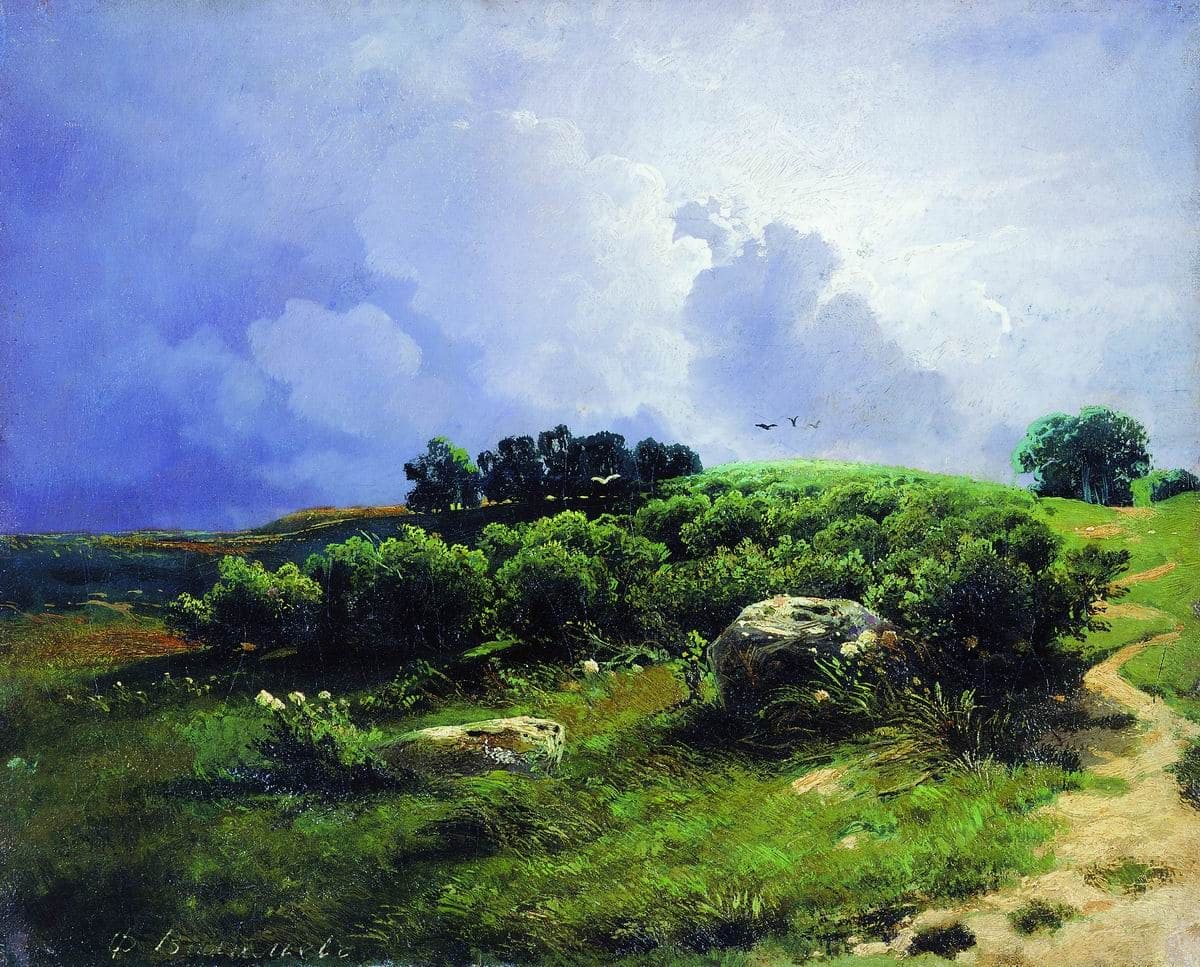 After The Rain. Crawlspace 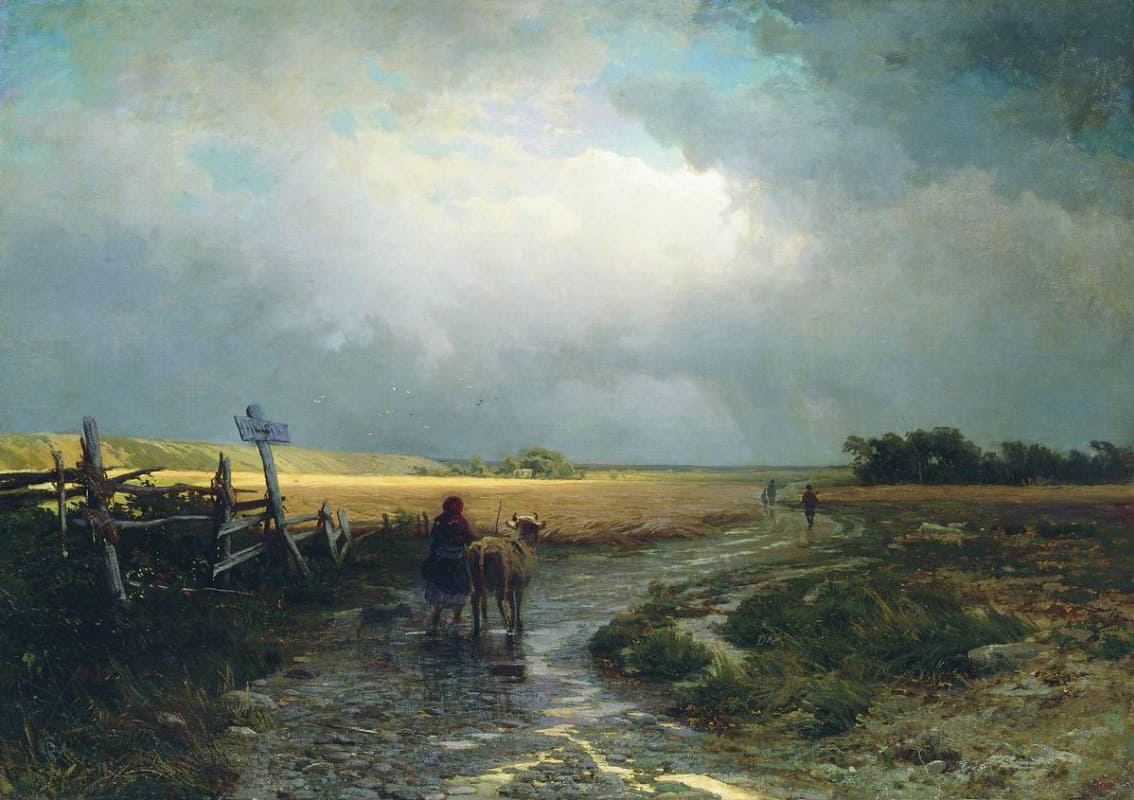 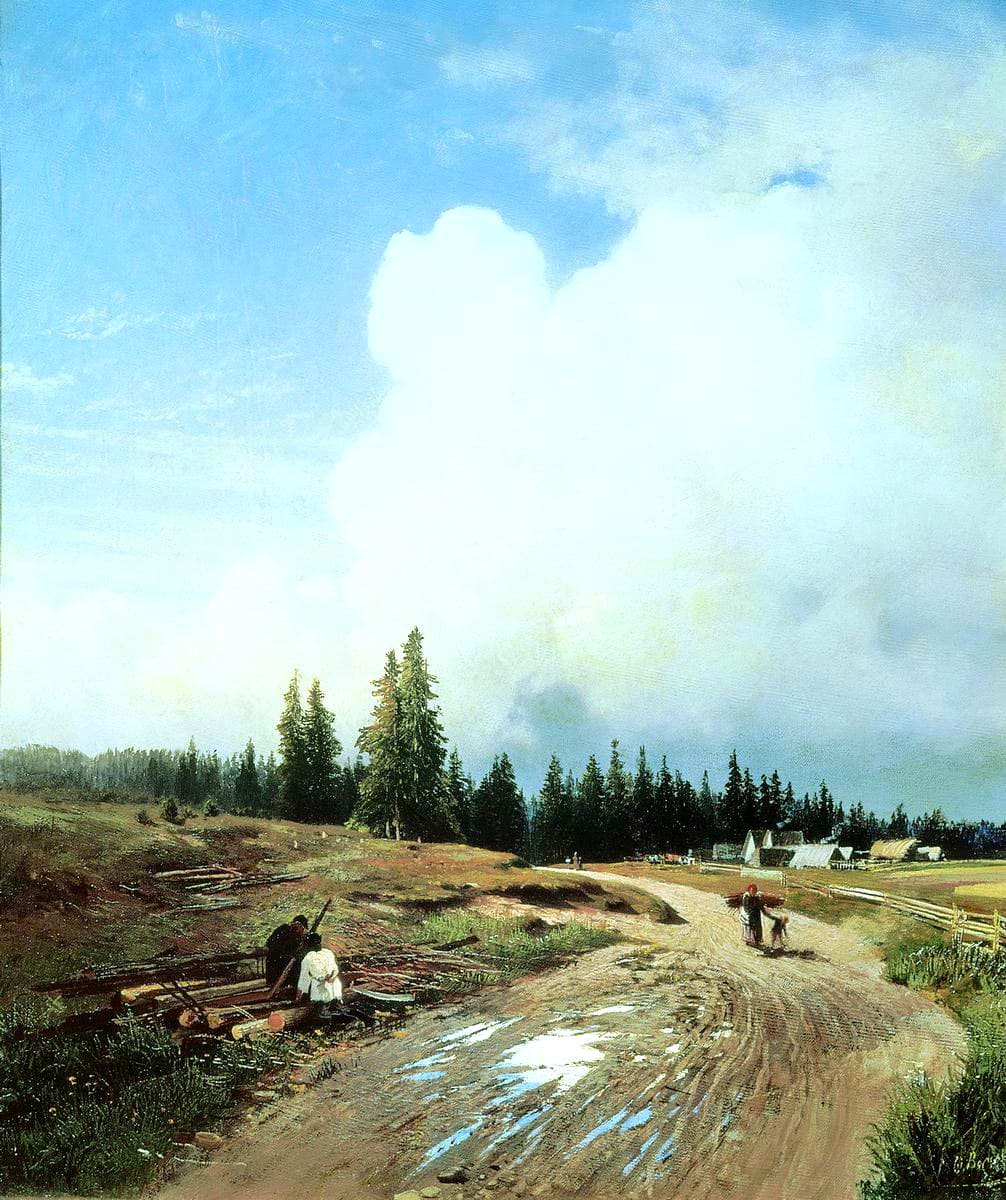