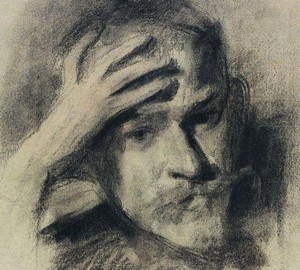 At the turn of the XIX-XX centuries in Russian art to replace realism comes symbolism, a new direction covers theater, literature, music, painting. One of the brightest representatives of this direction was the artist Viktor Elpidiforovich Borisov-Musatov. He was born in Saratov on April 2, 1870, in the family of a railway employee. The little boy grew up nimble and cheerful, but three years later there was an accident: after a bad fall, he begins to grow a hump, and the pain in his back would torment him all his life. Drawing becomes the boy’s favorite pastime, and his studies at the Saratov Real School brought him a meeting with an artist who discerned his talent. Inspired by his success, Victor Musatov devoted almost all his time to drawing, and at the age of 16 he painted his first picture “The Window”. In 1890 the young man entered the School of Painting, Sculpture and Architecture in Moscow. He takes his double surname, Borisov-Musatov, adding another in honor of his beloved grandfather. In search of a better education, the young man a year later becomes a student at the Academy of Fine Arts in St. Petersburg, begins studying in the studio of the famous painter P. P. Chistyakov. But the humid climate does not suit him and he returns to Moscow, to the class of the artist V.D. Polenov. He travels to the Crimea and the Caucasus. His favorite subject is landscapes (“May Flowers”). In 1895, having finished training, the artist for three years leaves for Paris, in studio of Fernand Kormon. He meets the classics in the Louvre, but he is greatly impressed by the Impressionists’ works. Back in Russia, Victor moves to Saratov. He found his style, his palette. Now the master writes lyrical pictures, imbued with light sadness and the spirit of the past time (“Autumn motif”, “Harmony”). These years the young man is seriously fond of photography, shooting not only the corners of nature, but also making complex staged sketches. The flowering of creative activity painter falls at the very beginning of the XX century. Romantic images of girls in the silence of nature or old estates, painted by him, are full of harmony and poetry (“Water”, “Emerald Necklace”). His paintings arouse great interest and admiration of the audience, he often takes part in art exhibitions, and in 1904 exhibited in Hamburg and Berlin. Returns to his dreams of creating frescoes – wrote to order a few watercolors on the theme of “The Seasons”, but the customer does not take them. Very emotional, sincere and shy, in 1903 the young man married the artist Helena Vladimirovna Aleksandrova, and a year later the family had their only daughter. Victor Elpidiforovich’s life was cut short early – on October 26, 1905, he died in Tarusa, and he was buried on the bank of the Oka.

The Lady In Blue 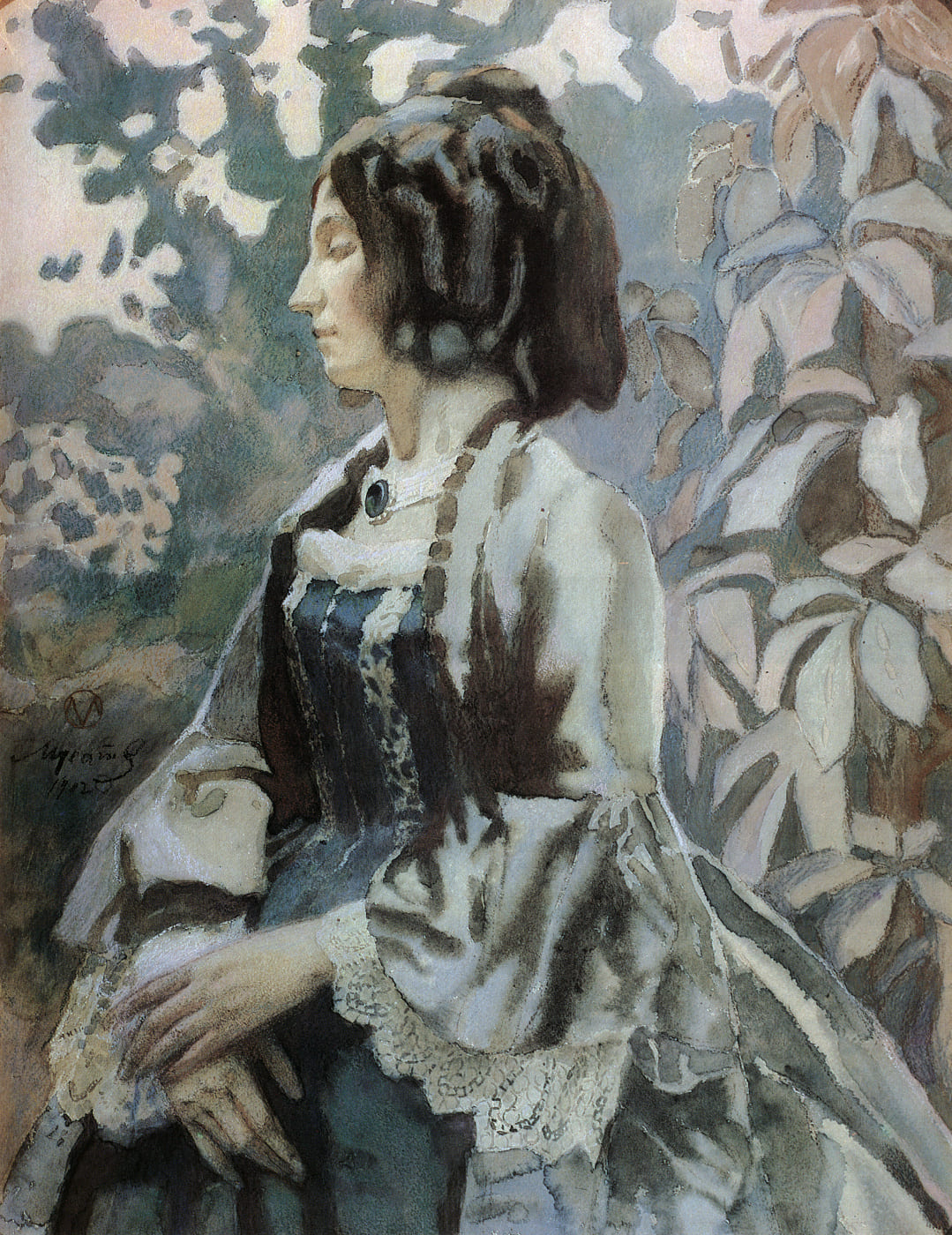 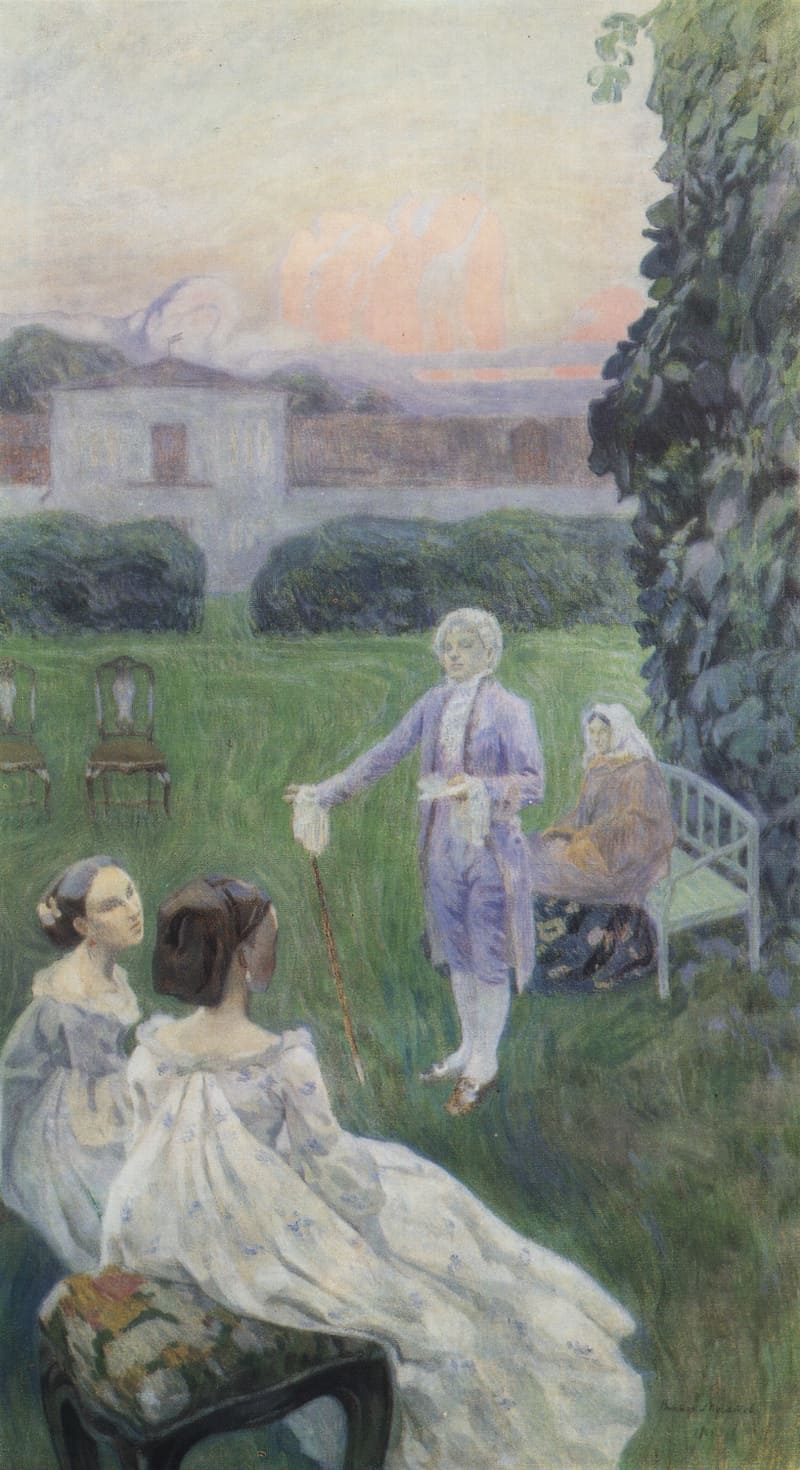 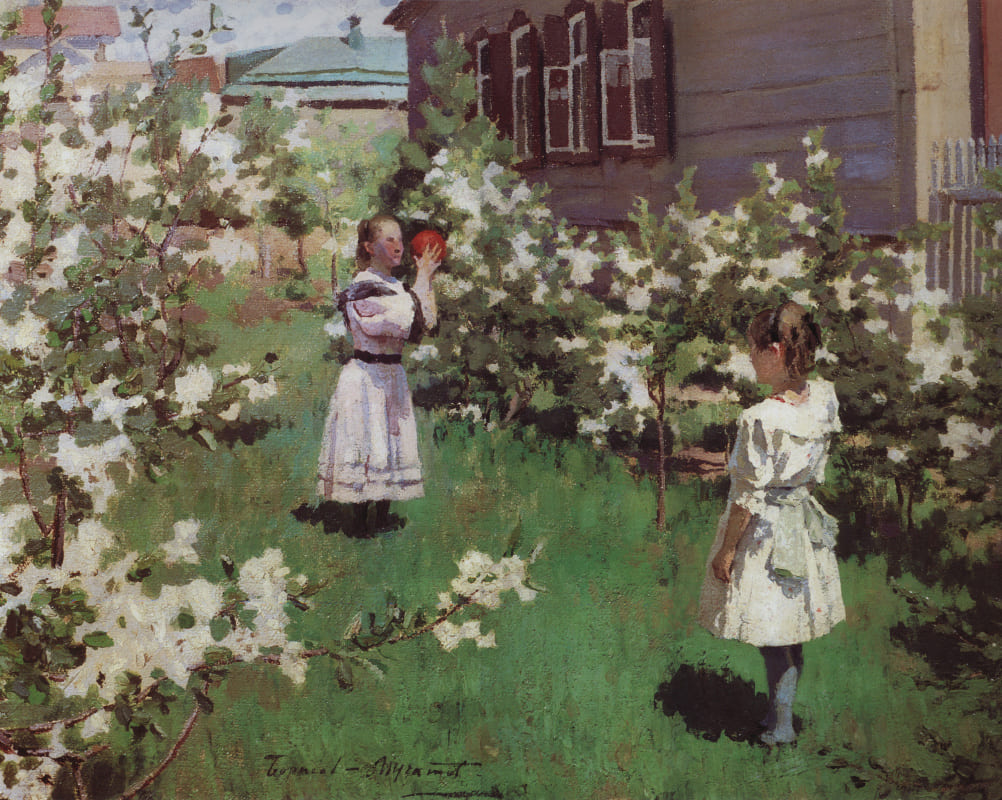 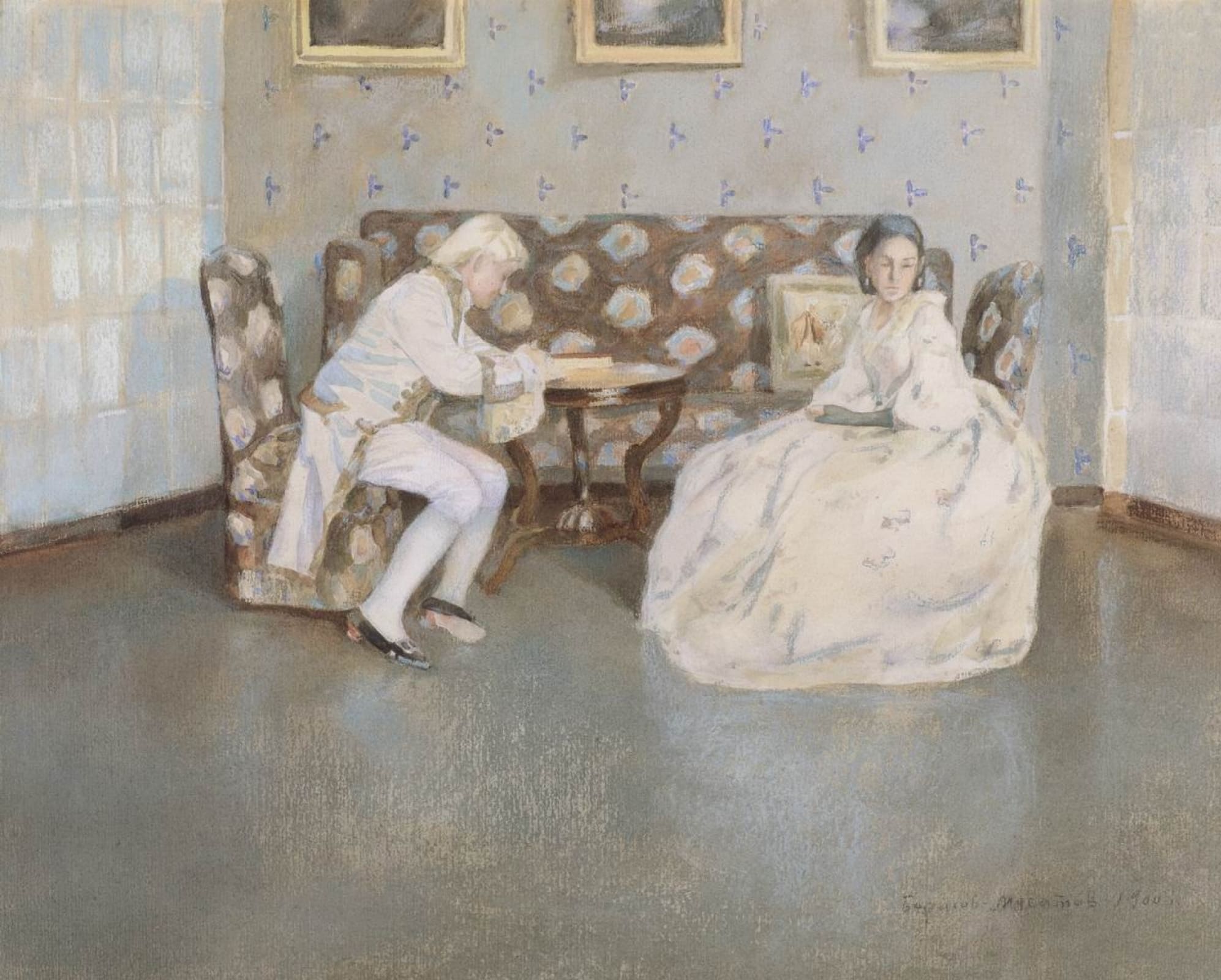 A Girl On The Balcony 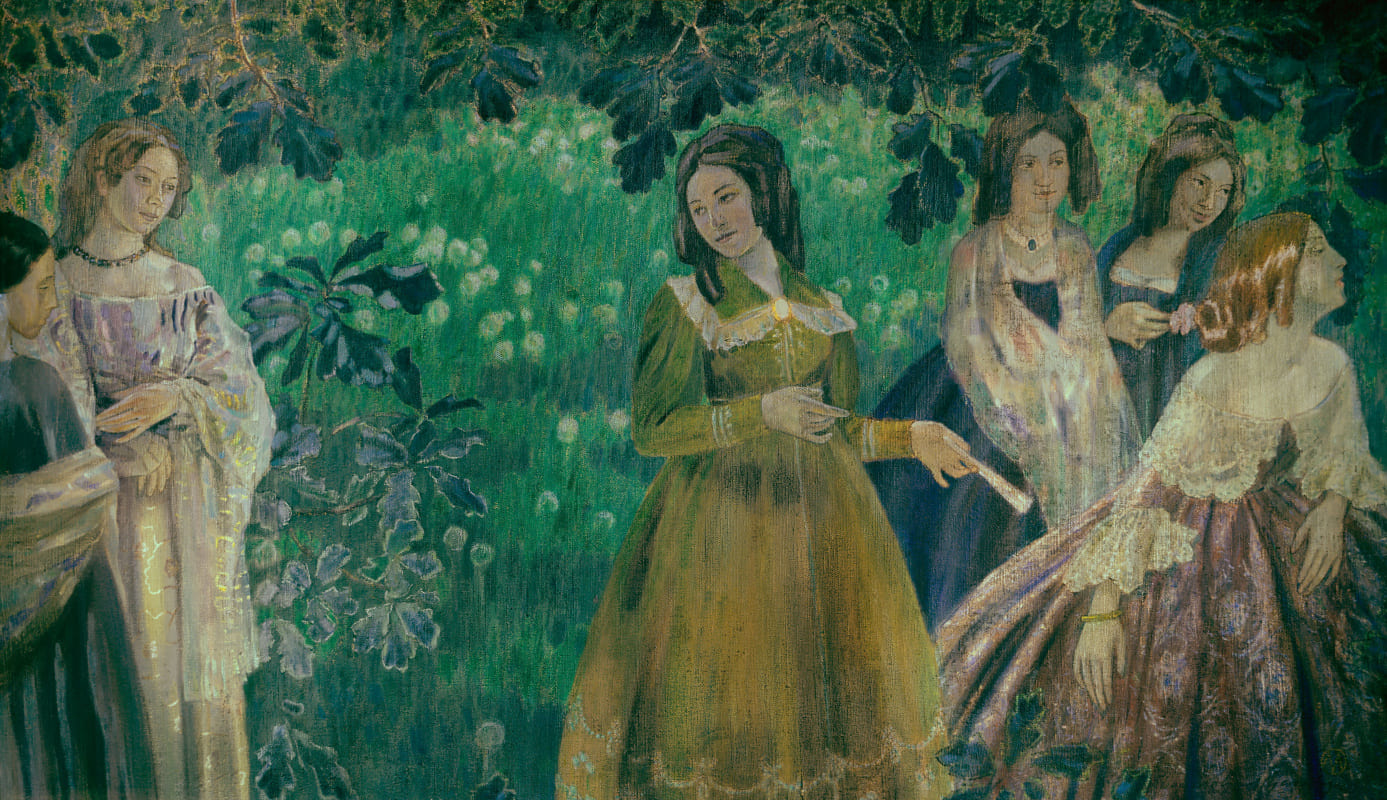 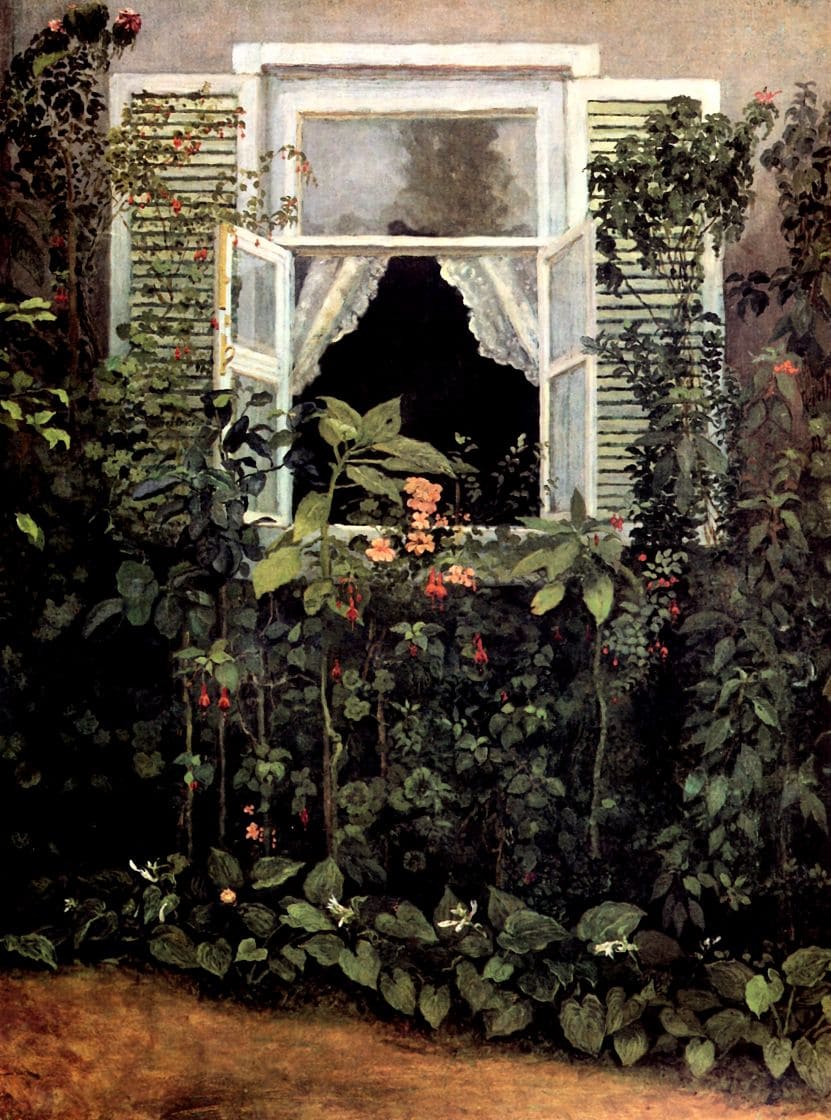 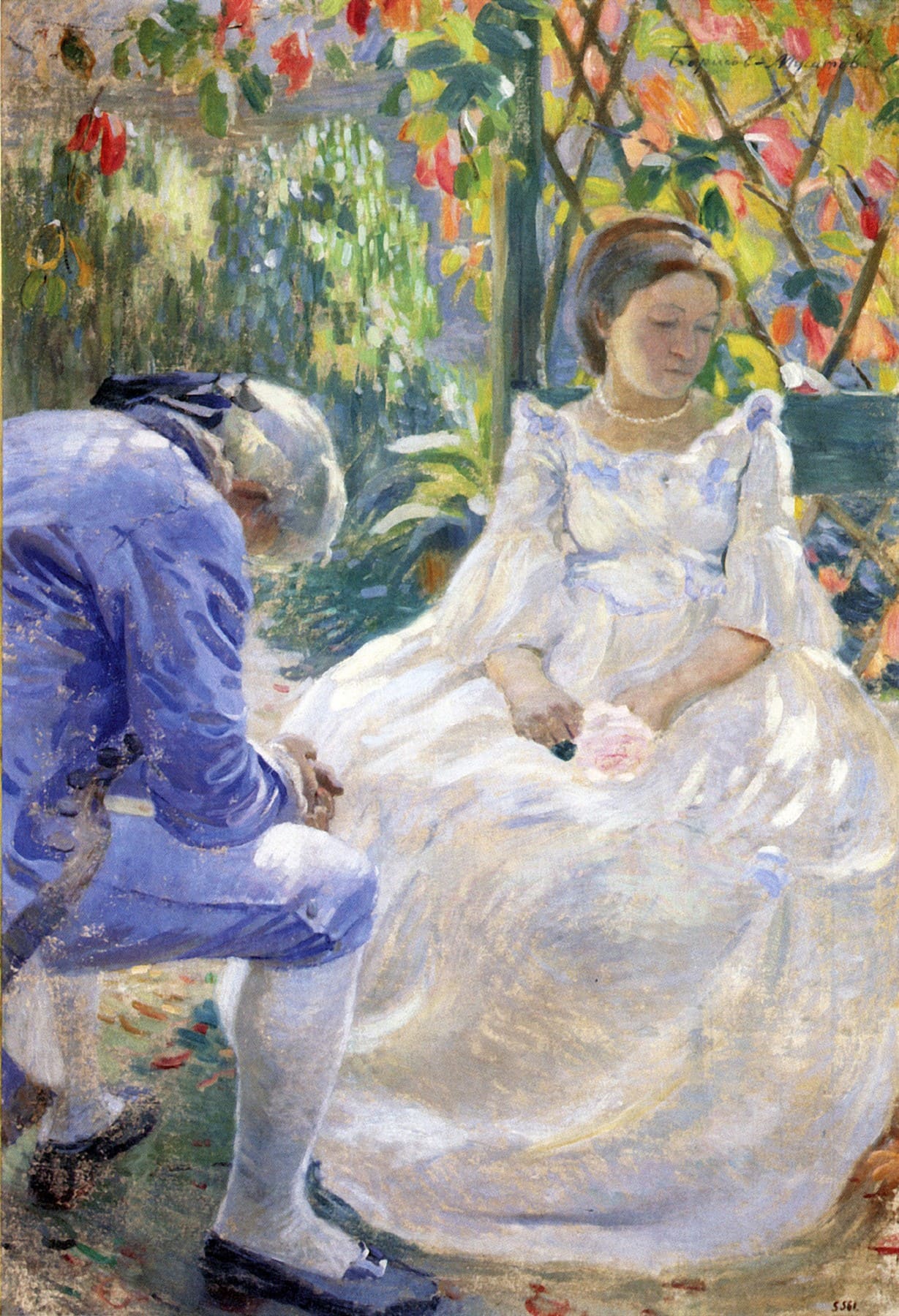 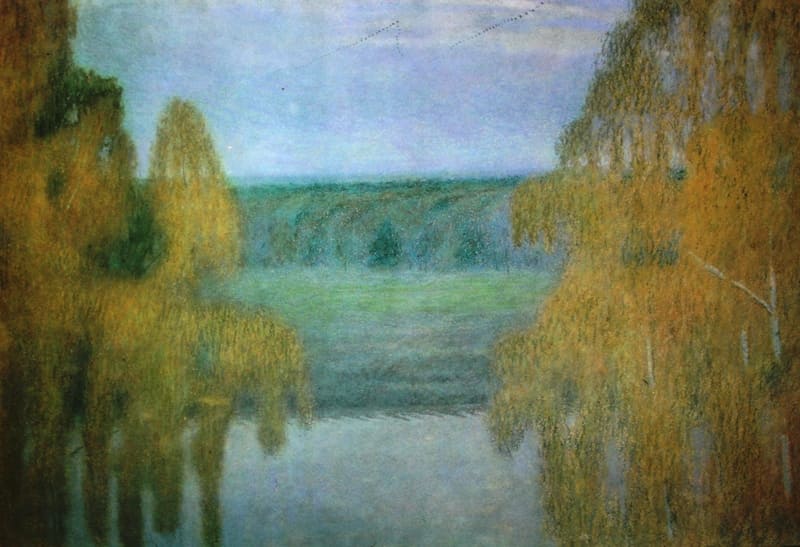 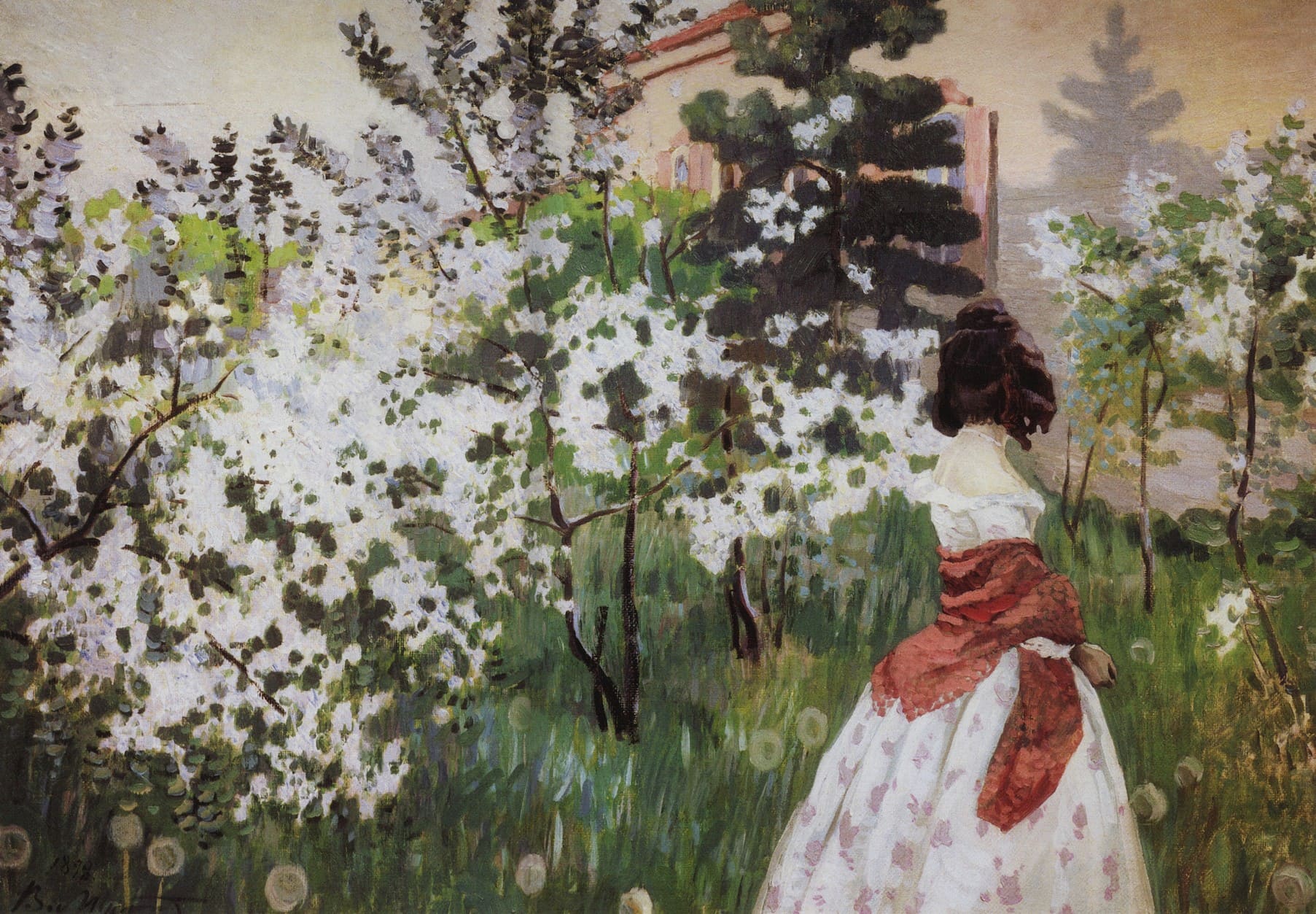