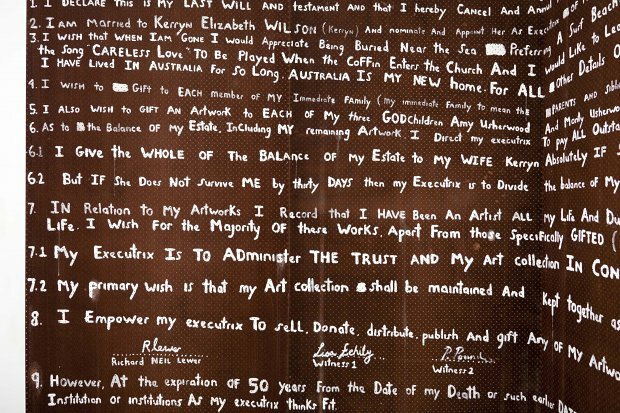 RICHARD LEWER, born in Hamilton in 1970 and currently living in Melbourne, graduated BFA from Elam School of Fine Arts, Auckland University, in 1992 and MVA from Victoria College of the Arts, University of Melbourne in 2000. He has explored a diverse range of sometimes rather unexpected media, including canvas, stainless steel, aluminium, sheepskin, paper on clipboard, sandpaper, pegboard, Formica and concrete.

Lewer’s paintings can verge on the mysterious, and his drawing is variously challenging, disturbing, quotidien and beautiful, sometimes simultaneously. He is driven to pursue an exploration of his own psyche and events from his past rather than to paint to an audience or market, which marks him out as being an interesting artist to watch. Lewer won the Waikato Trust Art Award in 2006 and, in 2008, was the Paramount Wallace Art Award winner, and the artist in residence at McCahon House, Titirangi, West Auckland. The full list of awards he has won is: