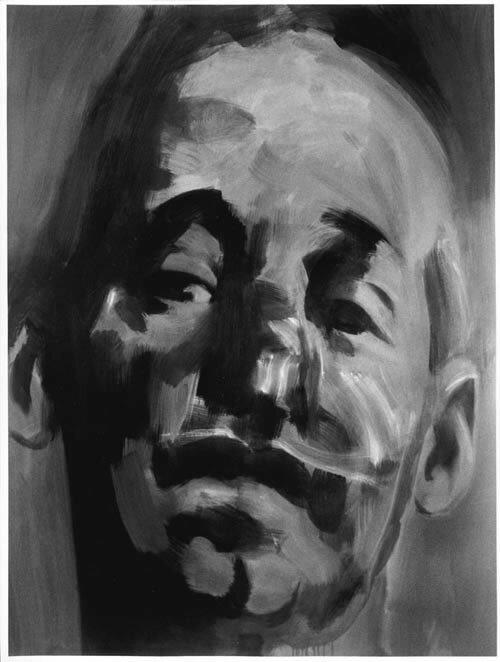 RICHARD MCWHANNELL, born 1952 in Akaroa
McWhannell graduated Diploma of Fine Arts form the University of Canterbury in 1972 and has been exhibiting regularly, particularly in Auckland and Wellington, since 1974. Early landscapes ceded to cityscapes and portraits, and the occasional sculpture, after he moved to Auckland in 1978.

Travelling through Europe in the mid-1980s, McWhannell immersed himself in their art history, enjoying a particular interest in religious works. On his return to New Zealand, he produced dramatic, somewhat surreal works depicting imaginary characters in apparent emotional turmoil. Although his titles give clues as to the content of these distinctive paintings, McWhannell prefers that viewers create their own interpretations through reflection tempered by their own experience.

During the 1990s, McWhannell returned to painting landscapes (eg Pararaha series, 1992-94) and portraits, featuring himself, family and friends.

While not widely collected by public art galleries, McWhannell has nonetheless earned a strong and devoted following in the private sector. It is rare to see other than his currently exhibited works, as most earlier works are closely held in private collections, and few of his paintings surface for re-sale. His exhibitions are eagerly awaited by those who have bought his work in the past, for McWhannell is a steady practitioner with the ability to produce satisfying images that last a lifetime.