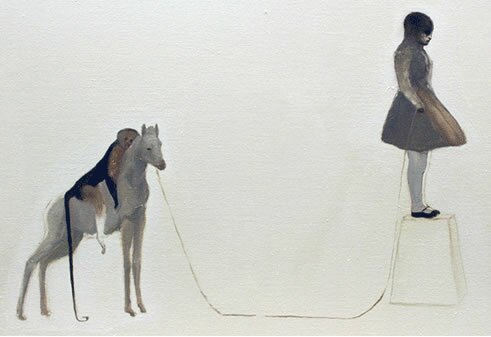 In 1996, New Zealand-born Lorene Taurerewa graduated BFA (Painting) from the Quay School of Fine Arts, Wanganui. Two years later she graduated with a Diploma of Teaching, (Secondary Fine Art) from Massey University, and in 2001 spent a year of study in an MA Programme at the Auckland University of Technology. She has received numerous grants and a number of awards including, in 1997, winning the Martin Hughes Contemporary Pacific Art Award. From 2001-2008, Taurerewa held the position of Lecturer for Drawing, School of Design, Victoria University, Wellington. Her drawings can range from monumental (2m high) charcoal portraits with a commanding presence, to works on paper on a delicate scale, suspended in groups from the ceiling . Taking inspiration from her Samoan, Chinese and European ancestry, Taurerewa weaves personal and family historical narrative into her powerful drawings. She is now working and exhibiting in New York, as well as maintaining an exhibition presence in New Zealand.