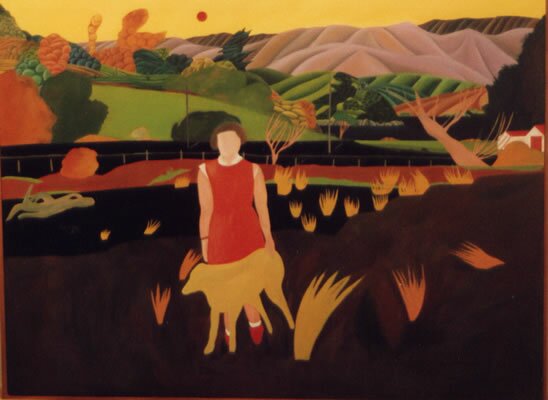 A self-taught artist, Harris has been painting since 1970, and was the recipient of the Frances Hodgkins Fellowship, University of Otago, in 1977.

Then a prolific painter, Harris’s works over the next two decades depicted couples or family groups in various daily situations. They were largely autobiographical, highly symbolic and laden with emotional impact. He was one of New Zealand’s most well-known expressionist painters when he decided, in 1986, to move to Melbourne. There, he began to produce black and white abstract paintings, demonstrating his innate gift for powerful mark-making. During his time in Australia, until his return in 2000, his work was, for no good reason, little exhibited in New Zealand. Since his return his work has veered back to the figurative and has included series based on eastern European portraits, the cross as symbol and the crucifixion.

In September 2003, Harris was the paramount winner of the prestigious James Wallace Art Award. He received a $NZ 35,000 cash prize, a UK artist-residency and a round-the-world airfare. Aside from current works, a handful of his abstract and cross paintings are still available from his dealers and some earlier paintings appear for resale from time to time.